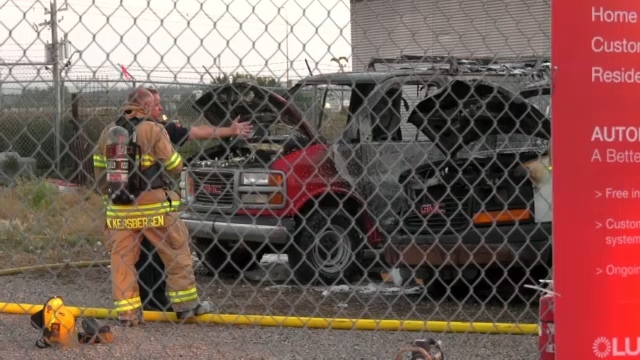 Investigators are treating a vehicle fire at a southeast Calgary storage compound as suspicious.

According to the Calgary Fire Department, a CP Rail worker on a passing train noticed flames and called 911 around 7:30 p.m. Sunday.

Crews arrived to the compound, located at 211 61 Ave. SE, to find two vans on fire and quickly attacked the blaze to stop it from spreading to a nearby building.

The incident is being investigated as a potential arson.