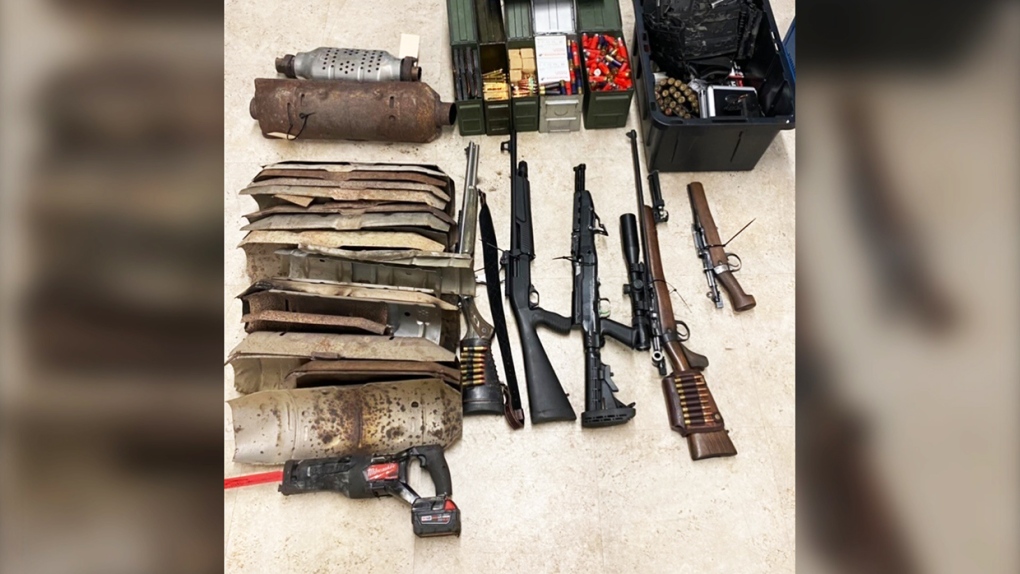 A search warrant for the residence was obtained, and after a search police discovered the shells of 10 to 12 catalytic converters; two intact catalytic converters; five loaded firearms, one of which was sawed off; illegal body armour and multiple offence related tools and weapons; and thousands of rounds of a variety of ammunition.
CALGARY -

Two more men were arrested inside the residence.

A search warrant for the residence was obtained, and police discovered the shells of 10 to 12 catalytic converters; two intact catalytic converters; five loaded firearms, one of which was sawed off; illegal body armour and multiple offence related tools and weapons; and thousands of rounds of a variety of ammunition.

·         Five charges of unauthorized possession of firearm; and

Both were also arrested on other outstanding warrants.

Kerrivan is having his Judicial Release Hearing today. Baker was released on $50 cash bail. He'll appear in Airdrie Provincial Court on Thursday.

Russia said Wednesday that nearly 1,000 Ukrainian troops at a giant steelworks in Mariupol have surrendered, abandoning their dogged defence of a site that became a symbol of their country's resistance, as the battle in the strategic port city appeared all but over.