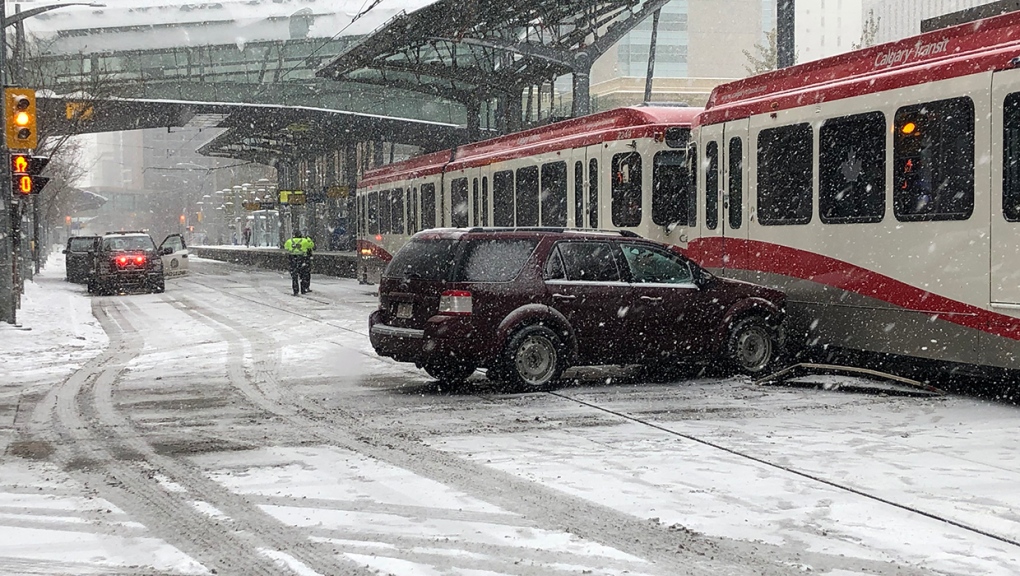 CALGARY -- A section of Fourth Street S.W. was closed to traffic after an SUV struck a CTrain early Friday afternoon but the road has since reopened.

Emergency crews were called to the intersection of Fourth Street and Seventh Avenue S.W. at around 1:30 p.m. following reports of a crash.

There were no reports of injury to the occupants of either the SUV or the train.

The cause of the crash is under investigation. Police do not anticipate charges being laid.

This intersection has re-opened. Thank you for your patience. #yyctraffic #yyc https://t.co/YiTCKuzuj6