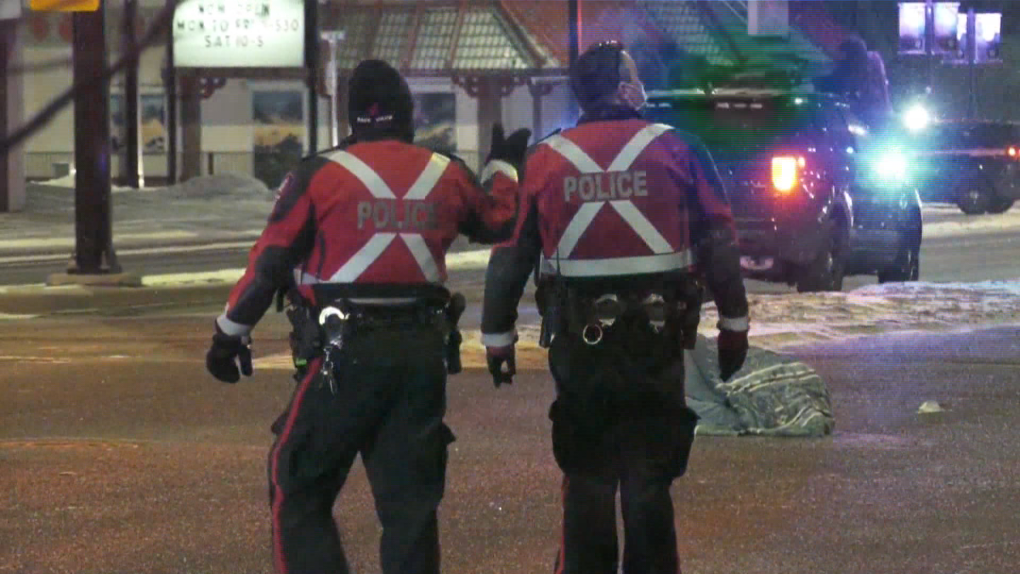 CPS members on 17 Ave S.E., near the 42 St. S.E. intersection on Tuesday night during the investigation into a collision where pedestrian was struck.

CALGARY -- One man is in hospital after he was hit by a vehicle Tuesday night in southeast Calgary.

The incident took place shortly after 9 p.m. in the eastbound lanes of 17 Avenue (International Avenue) S.E. at the 42 Street intersection.

According to police, a man in his 30s was struck by an eastbound Toyota Prius. Investigators suspect the pedestrian may have been under the influence of alcohol and crossing in the crosswalk, but against the traffic signal.

EMS officials confirm the man was transported by ambulance to the Foothills Medical Centre in serious condition with multiple trauma injuries.

The driver of the Toyota Prius remained on scene following the collision. Police do not believe the driver was under the influence of alcohol or drugs, and the Prius was not speeding at the time of the collision.

The road was closed to traffic for several hours but has reopened.

Police continue to investigate the matter. Anyone who witnessed the incident is asked to contact the Calgary Police Service traffic unit at 403-567-4000 or anonymous tips may be submitted to Crime Stoppers.