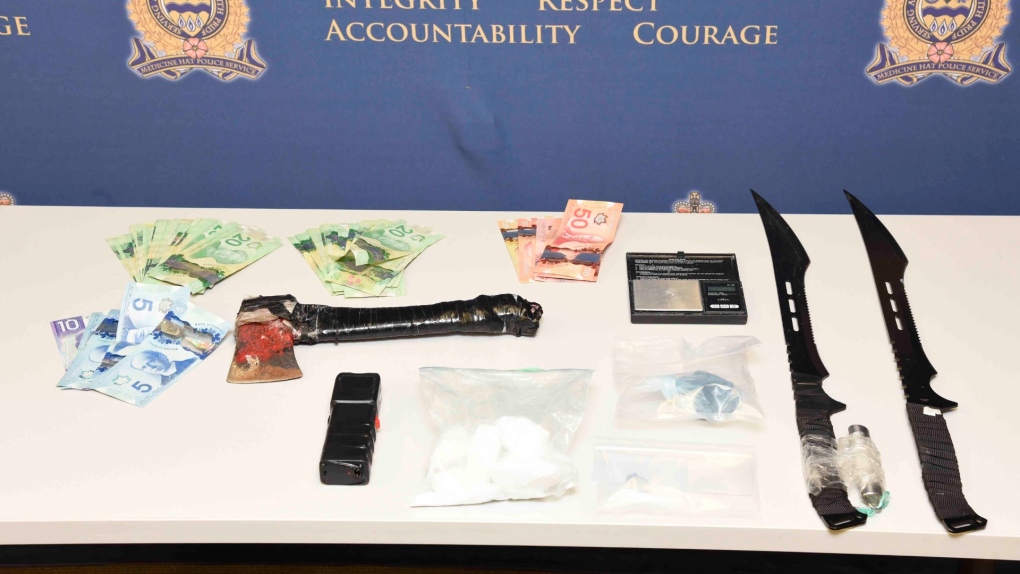 Members of the Medicine Hat Police Service stopped a vehicle shortly after 4 a.m. on Nov. 25 for a traffic violation and an officer spotted an edged weapon in plain sight after approaching the window.

The driver had a suspended licence and a search of the vehicle resulted in the seizure of:

Godfrey remains in custody while Morgan and Felkse were released. All three of the accused are scheduled to appear in court on Dec. 13.

After a string of violent attacks on public transit in Toronto and other cities, a new survey has found that nearly six in 10 public transit users in Canada say they feel less safe or somewhat less safe while commuting.

A Russian woman says she has been denied consular services by her country's embassy in Canada over claims her Facebook activity poses a security threat.

Provincial and territorial finance ministers to meet in Toronto

Deputy Prime Minister and Finance Minister Chrystia Freeland is hosting an in-person meeting today with the provincial and territorial finance ministers in Toronto.

A new survey conducted by Research Co. reveals that more people in Western Canada now support a change in the federal government compared to a similar poll from June.