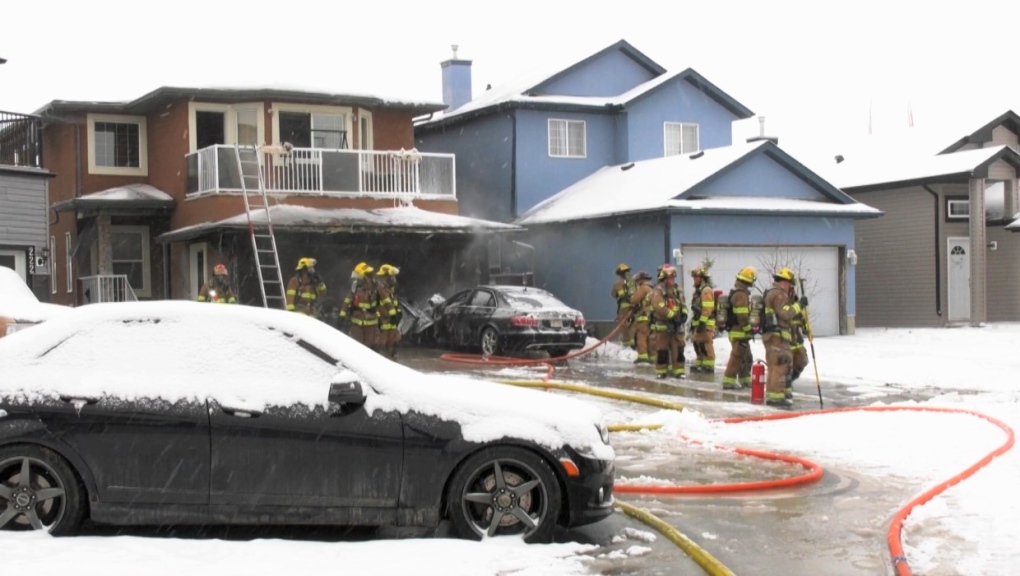 The Calgary Fire Department says a home in Taradale suffered "extensive" damage from a fast-moving fire on Monday.

The blaze started in the attached garage of a house in the 200 block of Tarawood Place N.E. at around 10:45 a.m.

The fire department says when crews arrived, flames had already spread into the home.

Two adults and their son were able to get out of the house safely before crews arrived. They were assessed on scene by EMS over concerns of smoke inhalation, but didn't require transportation to hospital.

It is unknown if there were working smoke alarms in the house.

Members of the public who have photos or video of the blaze are asked to send them to the fire department piofire@calgary.ca.

President Joe Biden said on Saturday that he ordered U.S. officials to shoot down the suspected Chinese spy balloon earlier this week and that national security leaders decided the best time for the operation was when it got over water.

Marit Stiles has been confirmed as the new leader of the Ontario NDP after a majority of party members voted in favour of the lone candidate.