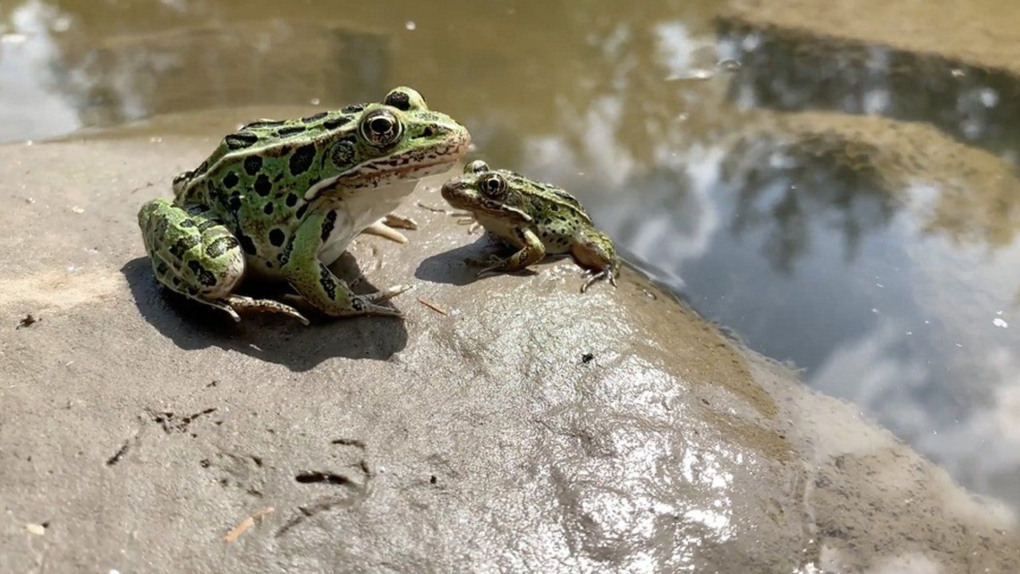 The Wilder Institute/Calgary Zoo has been working with other conservation groups, governments and zoos to breed, translocate and release endangered northern leopard frog tadpoles into British Columbia's wetlands. The endangered northern leopard frog is shown in this undated handout photo. (THE CANADIAN PRESS/Wilder Institute/Calgary Zoo.)
CALGARY -

More than 1,900 tadpoles of the endangered northern leopard frog have been released into the wild in the last few months.

The Wilder Institute/Calgary Zoo says it has been working with other conservation groups, governments and zoos to breed, translocate and release the frogs into wetlands in interior British Columbia.

The zoo says the northern leopard frog is found in three populations in Canada — in the east, the western boreal and prairies, and in the Rocky Mountains.

The Rocky Mountain population, which is found in B.C., is endangered.

The frog plays an important role in its ecosystem, where it transfers nutrients between the land and water.

The Calgary zoo, which is part of the British Columbia northern leopard frog recovery team, has hosted breeding programs for the frogs in the past and will be monitoring the recently released frogs to see how they are adjusting to their new home.

This report by The Canadian Press was first published Aug. 18, 2022.