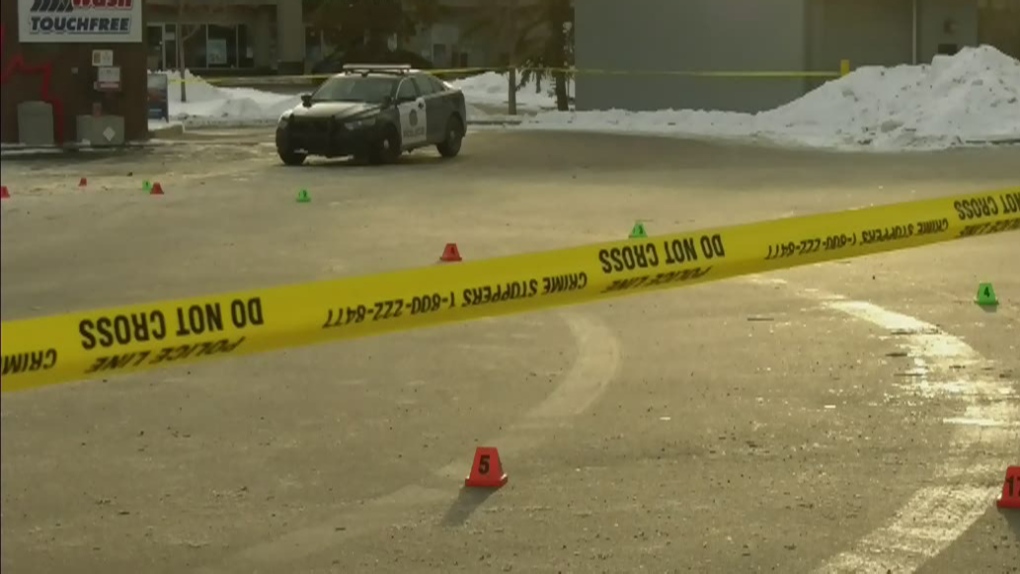 An 18-year-old-man believed to have been driving when a Calgary police officer was hit and dragged by an SUV is looking for a lawyer to represent him at trial.

CALGARY -- An 18-year-old-man believed to have been driving when a Calgary police officer was hit and dragged by an SUV is looking for a lawyer to represent him at trial.

The accused is charged with first-degree murder in the New Year's Eve death of Sgt. Andrew Harnett, who had tried to pull over the vehicle because its plates didn't match its registration.

The accused, who was 17 when he was charged, can't be named under the Youth Criminal Justice Act. He has since turned 18.

He was represented by defence lawyer Kaysi Fagan during his bail hearing, but then had duty counsel when he appeared in court briefly Tuesday via closed-circuit TV.

"I can advise you that Ms. Fagan was defence counsel for purposes of the bail only and the Crown understands that currently the accused does not have counsel and is requesting a two-week adjournment to find counsel," Crown prosecutor Michael Ewenson told the court.

Ewenson said the Crown has had the disclosure of evidence in the case returned by Fagan and will provide it to new defence lawyer "on a moments notice."

"The Crown is in a position to set a trial date on this matter whenever the accused makes his election."

The case was adjourned until March 2.

The Crown's office has already indicated it will apply to have the accused sentenced as an adult if it's successful at trial. An adult sentence for a young offender convicted of first-degree murder is life in prison with no parole eligibility for 10 years.

The accused remains in custody after a judge denied him bail earlier this month.

A bail hearing for his co-accused, Amir Abdulrahman, wrapped up last week with the judge reserving his decision.

Police allege he was a passenger in the SUV that Harnett tried to stop on Dec. 31.

Harnett was hit and dragged.

Police have said the SUV sped off and a second, unrelated vehicle may have come into contact with Harnett on the road.

The officer later died in hospital.

This report by The Canadian Press was first published Feb. 16, 2021.

--With files from Bill Graveland