The Furry Friends of Fort McMurray 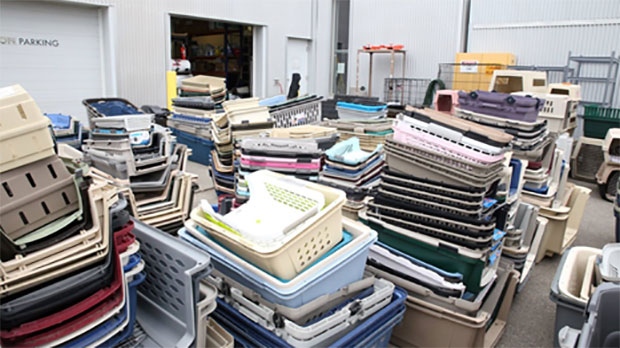 People often say pets are “like” family. If you ask me, they are. I have two dogs. They are my family.

I know how special, valuable, and meaningful the relationship is between a person and an animal. They act as companions, confidants, and often therapists - always there to play, cuddle, and make us laugh.

My heart breaks for the people in Fort McMurray who have been tragically separated from their pets in the mad dash to escape wildfires that started to consume the city. They have lost their homes, their belongings, their community, and many of them, their animals. They don’t know where their pets are, if they are suffering, or if they are even alive.

Some people have taken to social media this to shame evacuees for abandoning their animals. But it’s important to remember, the evacuees never set out to leave their pets behind. It wasn’t a decision they made. Many of them left their homes to head to work or school and were told on Tuesday afternoon they could not return home. Many were fleeing for their lives without even time to pack bags.

Imagine the horror, the guilt, the fear they are feeling knowing that their best friend was left behind and there was nothing they could do. Imagine fleeing down the highway, watching your community burn in flames, and knowing your cuddle-buddy was in there somewhere. Maybe locked in your house, perhaps even in a kennel, or maybe left in the backyard. The thought is enough to make anyone sick.

Since news the evacuation began this week, animal rescues, shelters, and community members have jumped into action.

A Facebook page, Fort McMurray Fire Emergency Animal Assistance, has been created to unite pets and their families.  Within three days the page had nearly 10,000 likes and has been flooded with pet sightings, pleas for help, and heartbreaking stories. The group works to help locate animals left in evacuation areas, and also facilitates temporary care for those that were saved. If you know of an animal left behind, call 780-762-3636.

While the rescue work is far from over, we have already seen a massive community undertaking.

The Calgary Humane Society and Alberta Animal Rescue Crew Society (AARCS) launched a social media initiative to collect 600 kennels to fly animals evacuated north of Fort McMurray to safety south. In a matter of hours, they had exceeded their goal.

Late this week, evacuees and their pets boarded flights to Edmonton and Calgary. One flight had 130 passengers, 5 cats, 19 dogs, and two turtles. WestJet and Canadian Northern have been among the airlines helping move evacuees to safety and have adjusted their standard pet policy to ensure no animal is left behind.

In the coming days and weeks there will be an ongoing need for donations and foster homes. If you can help in anyway contact your local humane society, animal rescue, or shelter.

Thank you, Calgary. Thank you for all that you have done and continue to do for the animals in this time of uncertainty and devastation. They are just as scared, lost, and confused as we are.