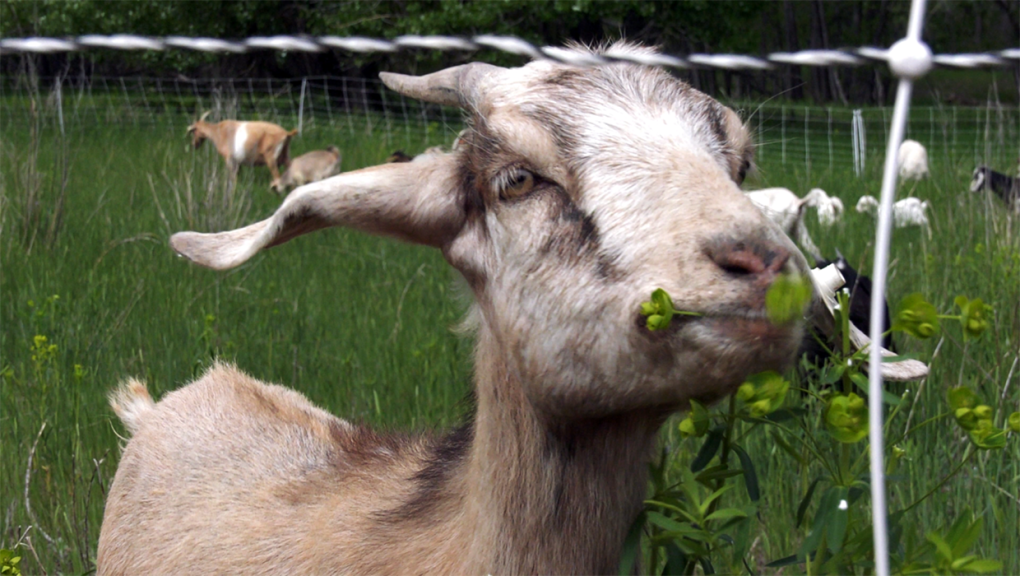 The City of Lethbridge has rehired a herd of goats to eat invasive weeds in a pair of city parks this summer.

LETHBRIDGE, ALTA. -- After a job well done last summer, the City of Lethbridge has hired the same herd of local goats again this year to take care of invasive weeds in a pair of parks this summer.

People walking the trails in Alexander Wilderness Park will see the goats working away over the next couple of weeks, before moving over to Indian Battle Park, and eventually finishing up in August.

This approach to managing the natural landscape in city parks comes from the Lethbridge River Valley Parks Master Plan, which was approved by council back in 2017.

Invasive weeds like leafy spurge, wormwood, thistle, crested wheatgrass and brome grasses act as food for the goats. They’ve proven to be an effective alternative to chemical treatments in tackling the weeds.

“Chemical treatments, there’s always a place for that, but when you get near high water zones, certain areas near houses and things that people don’t want that’s where the goats help," herder Rob Finck explained..

"It’s just another tool that we’re able to graze and take care of that." 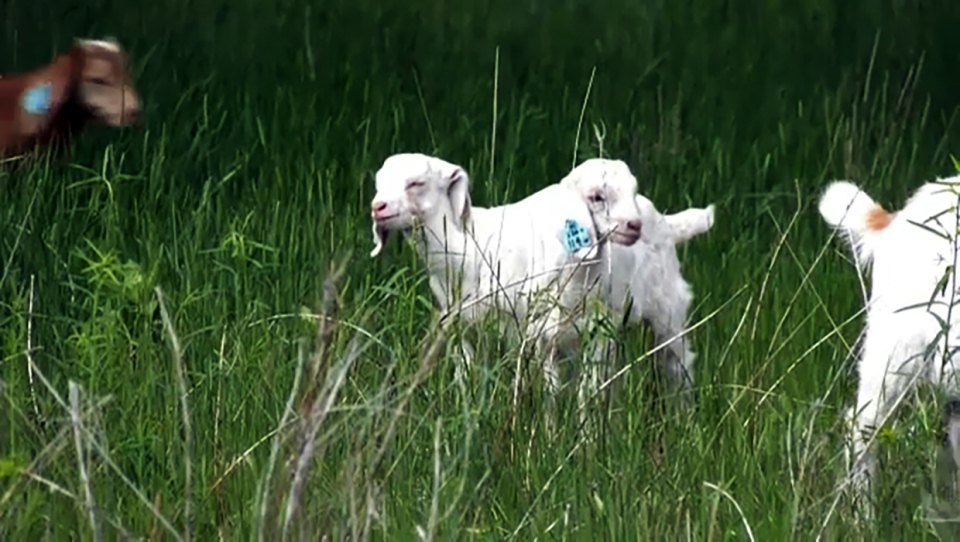 The 200 goats are managed by a herder and dogs that have been trained to move them and protect the goats from predators. Another benefit that using the goats to clear invasive weeds provides is that they can get to hard to reach places like hills.

“Our crews can get to it, but it’s hard, it’s hot, it’s steep and it’s not safe,” Parks Natural Resource Coordinator Jackie Cardinal said.

“It’s much easier to send a group of goats up there, they love jumping up those steep cliffs and it’s just so much easier.”

Although the herd dogs are friendly toward people, officials are reminding residents to keep dogs out of the area and not pet either the herd dogs or goats while they are working.

As this is the second year for the local herd in Alexander Wilderness Park, officials say the difference that’s been made year-over-year has been noticeable.

“We’re not seeing a huge detrimental impact to the parks, which is great, which is what we wanted. The spurge is coming back much thinner which is visible, but the grasses are coming back just as vital as they were before. Everything looks great, and you can hardly tell the goats were here,” Cardinal stated.

With these types of invasive weeds, it’s necessary to come back year after year for a period of time depending on how vigorous the root system is to weed them out. 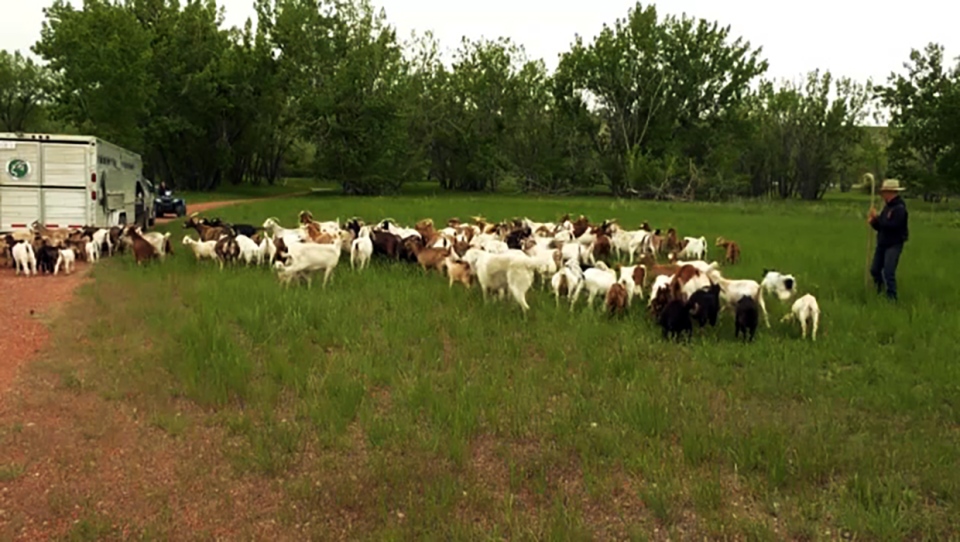 “These are rhizomatous plants, so they’ll grow and as they get hit for a couple of years they will finally say we need to survive. So, we need to put up more and it’ll get worse before it gets better,” Finck said.

That means people can expect to see the goats in the summer months around the city for years to come.

In addition, while the city is focused on clearing spurge out of Alexander Wilderness and Indian Battle parks right now, they may look at using the goats to help out should weeds in other areas around Lethbridge like the Six Mile Coulee become an issue.