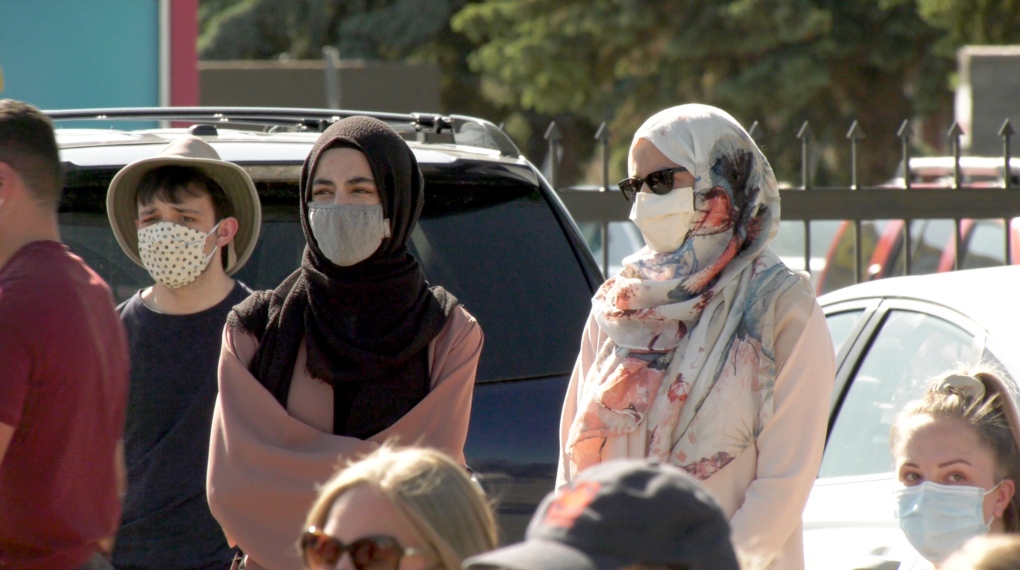 More than 100 people attended a vigil at Lethbridge Islamic Centre to honour members of the Afzaal family who were killed in an attack in London, Ont.

LETHBRIDGE -- The tragic deaths of four members of a Muslim family in London, Ont. has sent shockwaves and a sense of grief across the nation.

The Lethbridge Muslim Association (LMA) held a vigil Monday to honour the Afzaal family after Nathaniel Veltman, 20, allegedly targeted them because of their Islamic faith.

Salman Afzaal, 46, his wife, Madiha, 44, their 15-year-old daughter Yumna, and Salman's 74-year-old mother were killed in the attack.

Nine-year-old Fayez was the lone-survivor.

"There is no reason for people to die because of their religion. Especially in Canada," said Lethbridge Muslim Association president Abdelbasat Aborawi.

"Our people are a little bit scared. There are lots of fears that this might happen in Lethbridge too, so I wanted them to feel that there are lots of people supporting us."

LMA members say these types of gatherings after targeted, anti-Muslim attacks have become far too frequent.

Aborawi echoed a similar message, saying these types of incidents can strip away the sense of security generally felt by Muslims nationwide.

“I have three girls and my wife, they all wear hijabs, and they have never been subject to discrimination or harassment. But, I do hear from my own community people that they are scared to go for a walk," he said.

Imam Zubair Sidyot believes the root of Islamophobia and racist beliefs boils down to a lack of education, the acceptance of false information and certain narratives adopted by some political leaders from across North America.

Sidyot hopes people will take the time to learn more about other cultures by going directly to the source for information.

"Our mosques are open, our communities are open, myself as the Imam and many of the Imams across Alberta, across Saskatchewan, across Canada, their doors are open, you can go any time, you can talk to them."

Despite Monday's high of 36 C, the large, socially distanced crowd sat outside listening to a wide range of guest speakers highlight the dangers of Islamophobia and racism while calling for an end to these types of violent attacks.