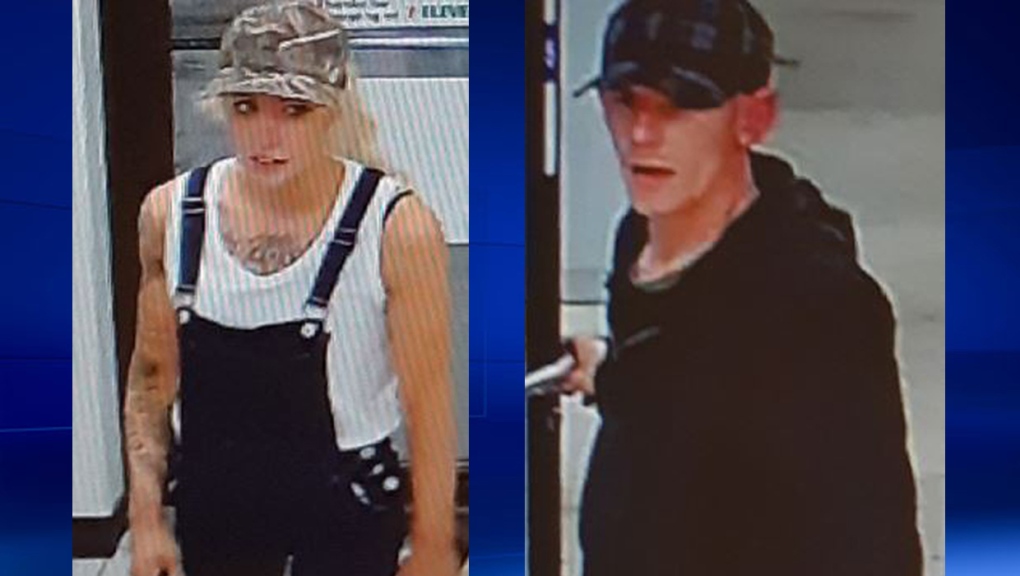 The Calgary Police Service has released surveillance stills of two people considered persons of interest in connection with five recent break-and-enters in the city's southeast.

According to police, an unknown number of suspects made their way into a home in the 100 block of Copperfield Gardens S.E. during the early morning hours of Tuesday, July 16 through a main floor window that had been left open.

Once inside, the intruders proceeded to make their through the home, including entering a bedroom where the residents were sleeping, and stole several items.

Following the break-in, a credit card belonging to one of the victims was used at a convenience store in the neighbourhood and police secured surveillance video of a man and a woman who are considered persons of interest in connection with the investigation.

Police describe the man as being approximately 40 years old and slim while the woman is believed to be roughly 20 years old. The female has blond hair and tattoos on her right arm and chest.

In the early morning hours of Friday, July 19, three days after the initial break-and-enter, four homes on Cranberry Place S.E. in the community of Cranston were targeted by thieves. In all four of the break-ins, the suspects gained access through open main floor windows.

Police responded to the area after one of the homeowner's was startled awake by the intruders and called 911. The suspects were not located and officers determined the thieves had unsuccessfully attempted to gain access to an additional two homes.

Investigators suspect the five break-ins and the two unsuccessful break-in attempts are connected.

CPS officials are encouraging residents to secure their homes each evening and to ensure all doors are locked and windows are closed.

Anyone who recognizes the people in the surveillance stills or who has information regarding the break-ins is asked to contact the Calgary Police Service at 403-266-1234 or anonymous tips may be submitted to Crime Stoppers.