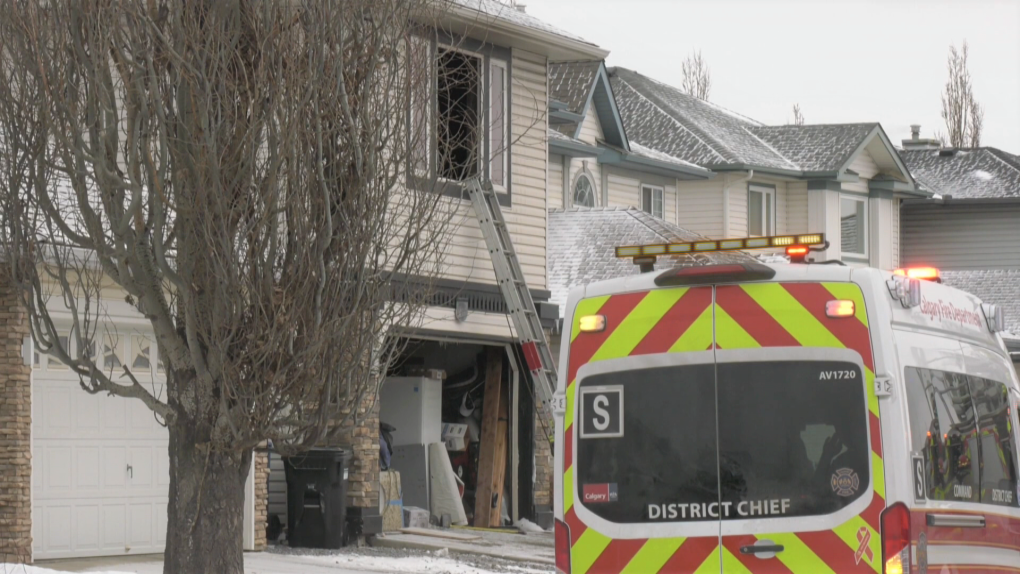 The Calgary Fire Department is shown on scene at a house fire along Douglas Ridge Green S.E. on Friday, Feb. 18, 2022.

The Calgary Police Service confirms a 30-year-old man, wanted on a Canada-wide warrant, has been arrested in connection with a fatal house fire in Douglasdale in February.

Robert Wayne Sims was apprehended by RCMP in Radium Hot Springs, B.C. on Wednesday and he was subsequently charged with first-degree murder.

Sims is the third suspect to be charged with first-degree murder in connection with the Feb. 18 death of 53-year-old Chad Kowalchuk, whose body was found inside a home in the 100 block of Douglas Ridge Green S.E.

"We continue to examine evidence related to the murder of Chad Kowalchuk and believe there were a number of people attending his residence in the days prior to the fire," said Staff Sgt. Sean Gregson of the Calgary Police Service homicide unit in a statement released Thursday. "This has been an agonizing loss for Chad's family and friends, and we are asking anyone who has information, or who knows of people who have information, to please come forward."

Anyone having information regarding the fatal fire is asked to contact the Calgary Police Service at 403-266-1234 or anonymous tips may be submitted to Crime Stoppers.