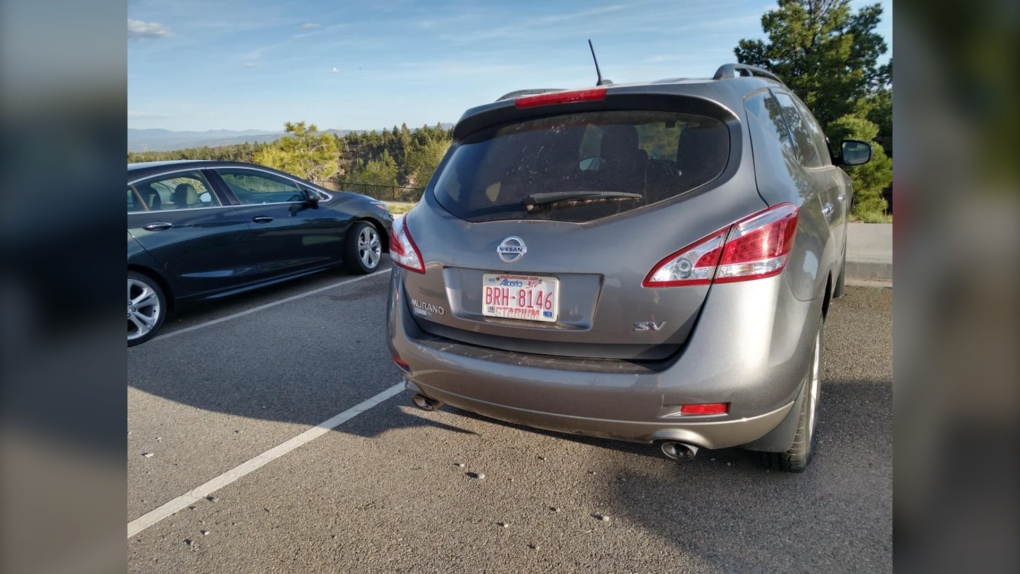 CALGARY -- A New Mexico mystery has social media users trying to figure out why a vehicle with an Alberta licence plate has been allegedly parked in an American parking lot for more than six months.

Reddit user bigjimnm posted a photo of the grey Nissan Murano April 29, saying it's been in the Los Alamos grocery store parking lot for months.

Some quick sleuthing by fellow users revealed the licence plate expired in November 2018, but the November renewal sticker on the plate indicated the owner's last name starts with a K or P.

A sticker on the rear of the car and the plate cover both read Stadium Nissan — a dealership located in northwest Calgary.

According to Google Maps, Reddit users found the car is parked in the Smith's Marketplace parking lot, which is also near a hiking trail access point.

In a message to CTV News, bigjimnm said the plate always stuck out to him because he's Canadian.

"When I went to the store yesterday, I noticed it again, and realized it was the same car parked in the same spot and from the dust and pattern of the dirt around it, it's clear it had been there for a long time," he said.

Anybody know about this car? It's been parked at the grocery store in Los Alamos, NM, USA for at least 6 months. from r/alberta

Calgary police responded to inquiries by the public on Twitter about the Reddit post, saying "there are no outstanding concerns with the vehicle here in Calgary," and said it was best to report it to police in New Mexico.

Cmdr. Oliver Morris said they have been in contact with Calgary police to track down the owner.