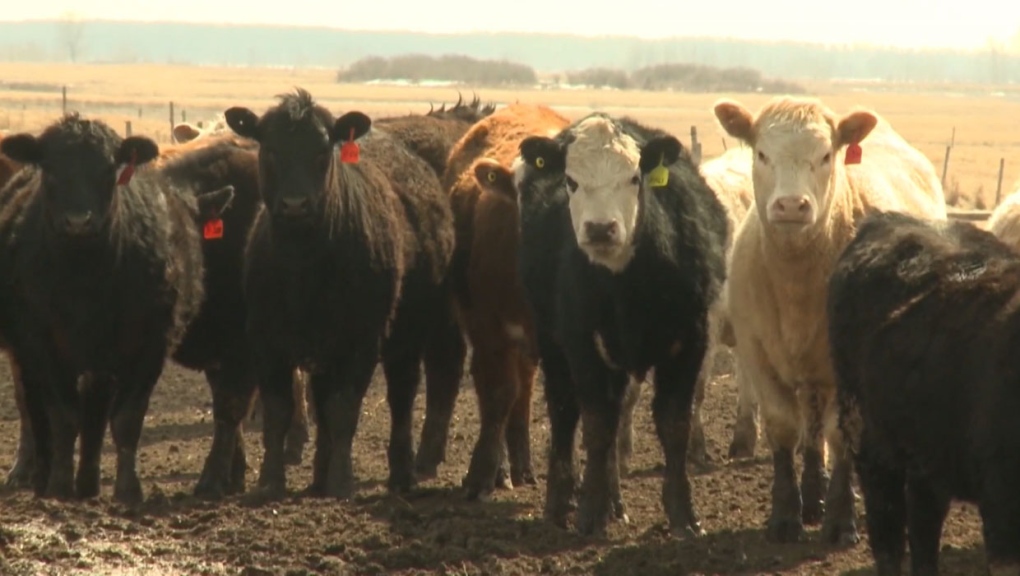 CALGARY -- It would be a great start to your own Alberta-style hobby farm or addition to any well-established rancher's herd.

HALO Air Ambulance, a Medicine Hat-based rescue service that offers medevac service throughout southern Alberta, has announced the first annual lottery for the organization that's scheduled to open on March 4.

It's a little different than other Alberta lotteries that have been running for the past several years, offering vehicles, homes and huge cash prizes.

The grand prize winner of the first annual HALO Lottery, being conducted in partnership with commercial cattle producer Highline Angus, is offered their choice of $50,000 or 20 bred heifers, which are pregnant female cattle between one to two years old.

Of course, once the latter prize gives birth, the winner is then the proud owner of at least 40 head of cattle.

Paul Carolan, HALO CEO, said the decision to offer a herd of bovine as the top prize has to do with the organization's connection to agricultural communities.

Those quick to buy also have the opportunity to win a $5,000 early bird prize.

Meanwhile, HALO says the foray into a fundraising lottery to help support the service came as a response to the lack of revenue generated by traditional fundraising because of the pandemic.

"Diversifying our fund development model was a critical step to weathering the pandemic," said Carolan. "Coming up with creative and meaningful campaigns will be a major part of the HALO program from this point forward."

Ticket sales open Thursday, at the Highline Angus 2021 Bull Sale, and only 3,000 are available for purchase. They're priced at $100 each.

It's expected to raise more than $200,000, which will directly support helicopter operations.

"We are very excited about this new fundraiser," Carolan adds. "It comes on the heels of an extremely difficult year, for the HALO program and everyone really."

Carolan says once a winner is declared at the lottery's projected end in November, they have a week to decide on whether to choose the cattle or the cash. 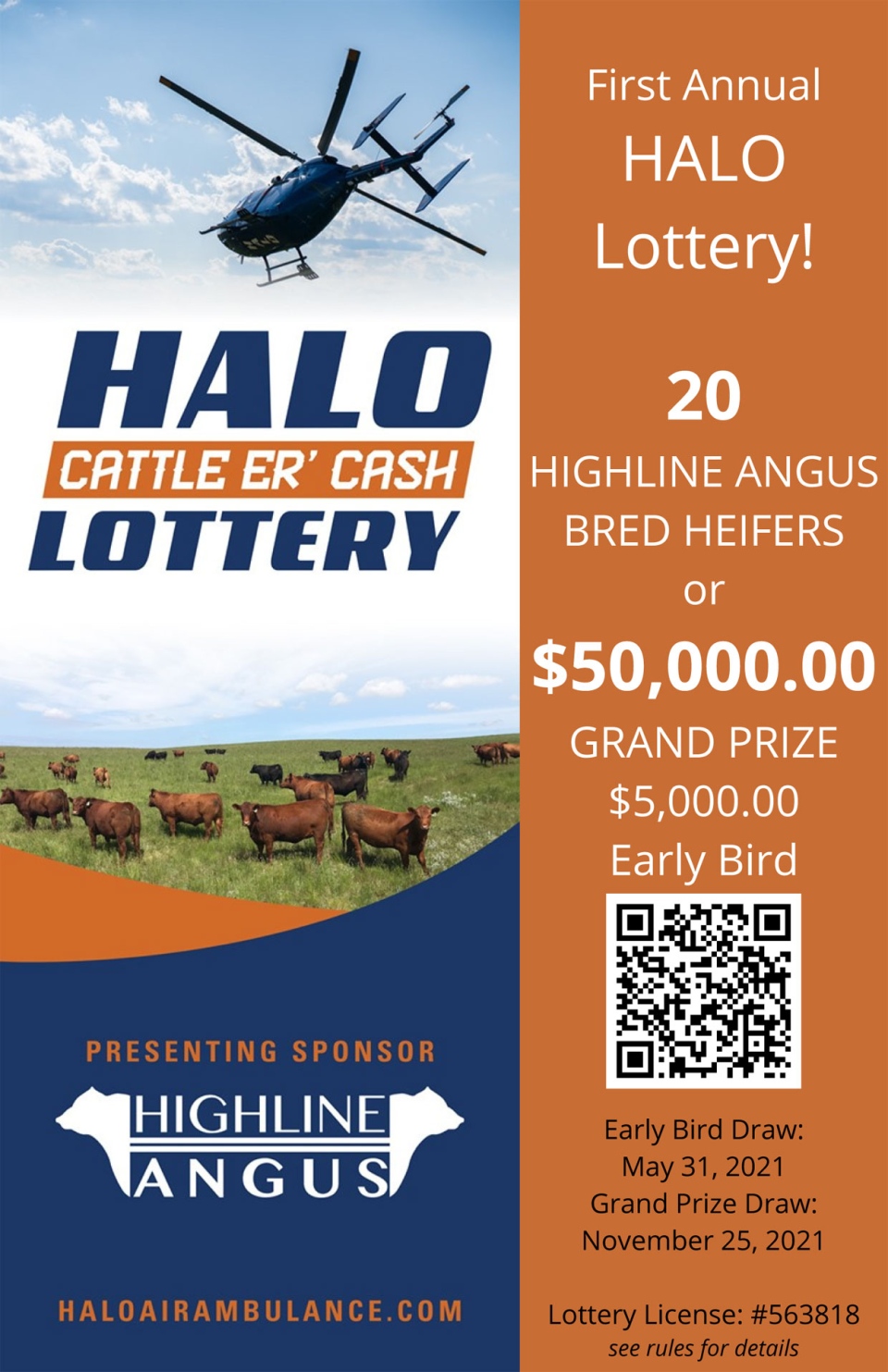