'This puts us at the top of the list': WWII Hawker Hurricane returns to Calgary 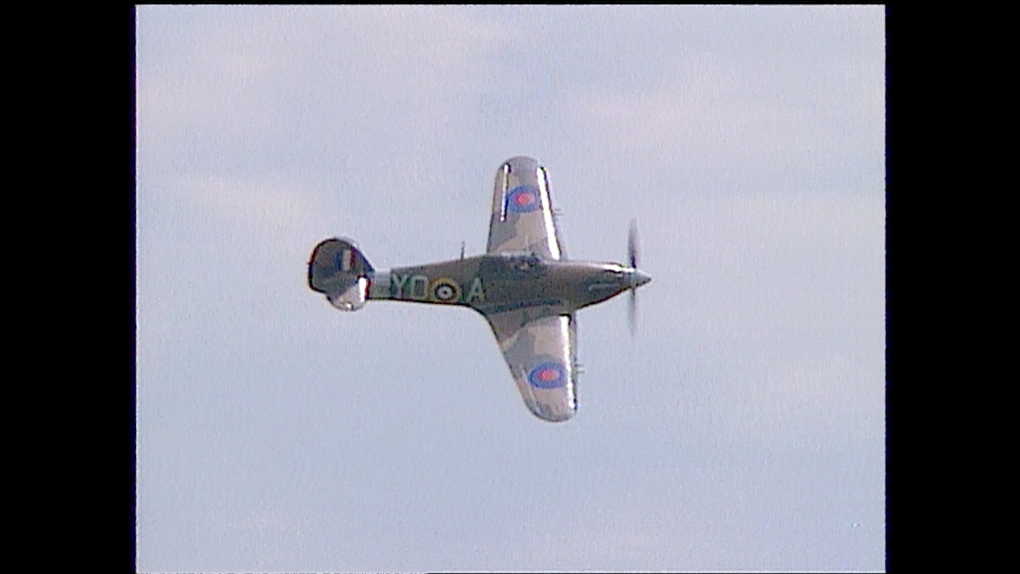 After 23,000 hours of restoration, Hawker Hurricane number 5389 will be unveiled at Calgary’s Hangar Flight Museum on Wednesday.

The 77-year-old Hawker Hurricane number 5389 now sits behind a giant RCAF flag inside the museum, waiting for its first public showing on Wednesday.

“When we first saw the airplane here at the museum it was in bits and pieces stuffed into a lean-to type shed along the side of the building” said Herb Grieder, the museum’s events manager.

“Seven years ago the restoration was finally approved through the city and the Calgary Mosquito Society, and it was shipped up north to Wetaskiwin, where they started the restoration of the aircraft.”

While most Hawker Hurricanes were built in Britain, Hurricane 5389 was one of about 10 per cent of the fleet built in Canada. Initially based in Alberta, 5389 was shipped to British Columbia after Pearl Harbor, where it was used to patrol the coastline against possible Japanese incursions.

As part of Squadron 133, Gordon Hill flew this aircraft along the west coast for a year before heading to Europe to fly fighter aircraft.

“When I was told I was going to fly it I was thrilled,” Hill said. “And I knew then that I would probably be flying fighter aircraft eventually.”

By the time Hill was in the cockpit of the plane, the Hurricane had already earned a reputation as being one of the top fighter aircraft of its day.

“It was one of the first fighter aircraft of (the Second World War),” said Hill.

“This aircraft was the aircraft, which won for Britain the Battle of Britain.”

Hill went on to fly Spitfire fighter planes in Europe, logging over 200 missions.

Hurricane 5389 eventually crashed, and at the end of the war it was sold for scrap to a Saskatchewan farmer before it was bought by a Calgary aviation historian.

In the late 60s, the City of Calgary acquired the plane, which was in parts, and it sat in storage for decades before the 23,000-hour restoration project began

The cost of the restoration was shared by the city and the Calgary Mosquito Society, with each ponying up close to $800,000

With fewer than 70 restored Hurricanes left in the world, Grieder says this aircraft puts the Hangar Flight Museum in an elite position in the aviation community.

“This puts us at the top of the list for having historic aviation aircraft,” he said.

On Monday, as Hill walked around his former aircraft, museum staff and volunteers scrambled to set the stage for Wednesday’s unveiling of the plane. Hill will be the guest of honour at the event.

Hangar Flight Museum entry is free between 1 p.m. and 4 p.m. on Wednesday, as the museum is hoping to attract a huge crowd for its "Flag Drop" ceremony.