Friday marked the first Canada Day in two years without any public health restrictions, which meant Calgarians were finally able to gather at several in-person events across the city.

From live music at Studio Bell to Canada Day-themed outdoor markets in Eau Claire and on 17th Avenue, the day had something for everyone.

Fort Calgary in particular welcomed thousands of people to attend a special Indigenous showcase that featured walking tours and a special Powwow.

Lowell Yellowhorn of the Piikani Nation was the arena director for the event and was overwhelmed by the support from Calgarians who took time to reflect on the tragedies of Canada’s residential school system.

“This is about building awareness, about the long standing impacts that residential schools have had on indigenous communities,” he said 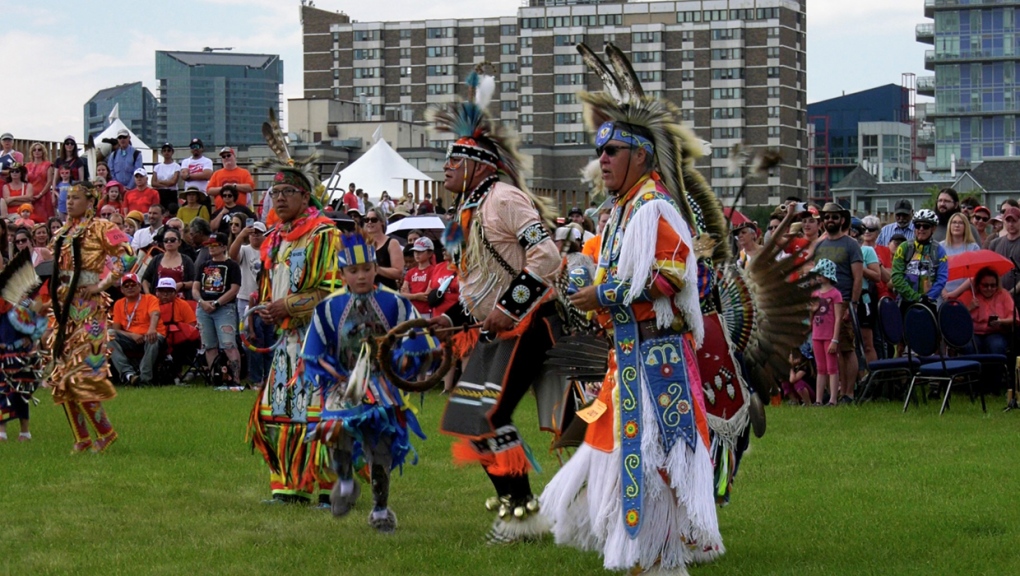 Lowell Yellowhorn of the Piikani Nation was the arena director for the event and was overwhelmed by the support from Calgarians who took time to reflect on the tragedies of Canada’s residential school system.

Yellowhorn attended Lebret Residential School back in 1996, which was one of the last institutions of its kind in Canada at the time.

“Those impacts are still visible today and our communities are currently in the process of healing so we need to promote reconciliation as a culture. It’s an important aspect for us to recognize as a country, taking those opportunities to educate about those impacts that have been inflicted on our people.”

The event at Fort Calgary gave everyone the chance to learn more about Indigenous culture including young children.

Vivianne Mansour took her two young kids to learn more about the history of those who first settled on Canadian soil.

“The kids love to learn and it's important for all of us to learn, especially in light of the residential school traumas,” she said.

Calgary Mayor Jyoti Gondek re-iterated that message when she spoke at the inaugural BownessFest event in the northwest Calgary community.

“I think it's really important also to reflect that there are many stories of Canada that are untold and it is about raising people's voices to make sure the narrative of our country, as complex as it is, is heard,” said Gondek.

“Indigenous peoples have been silenced in this country for too long. We must let their culture, their language, and their stories rise up because that's the only way we really take reconciliation seriously.”

Events throughout the day were dedicated to education, but also for adults and children to celebrate and have fun together.

People like Ryan Swaby were thrilled to enjoy Canada Day events with his family under no COVID-19 restrictions.

“It’s so great to be out here with family and the community enjoying the nice weather and the people and not being stuck in the house,” he said.

Stephanie Mayson couldn’t agree more. She took her kids to get face paint, Canada Day treats, and danced along to live music.

“This is awesome this year with no restrictions because everyone's socializing and having a blast again,” she said.

Canada Day festivities wrap up with a full line-up of performances on the main stage at Fort Calgary, including rock band Sloan which will headline the event at 9:45 p.m.

A special fireworks display is scheduled for 11 p.m.outside city hall, which will feature a moment of silence and an Indigenous Elder blessing to honour the victims of residential schools.