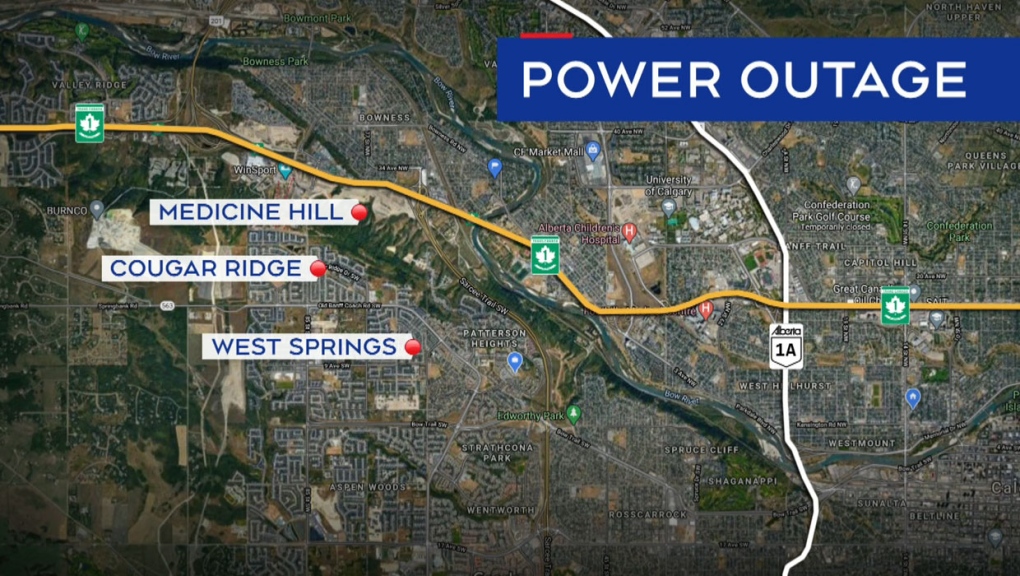 Approximately 2,000 homes were without power Friday evening after what ENMAX says was a "complex" issue.

CALGARY -- Electricity has been restored for a number of homes in southwest Calgary after a power outage that occurred Friday evening.

ENMAX says the issue occurred at about 7 p.m. and affected approximately 2,000 homes in Cougar Ridge, Medicine Hill and West Springs.

The company has already responded to concerned customers using its Twitter account, telling them that the situation has been resolved and the "complex repair" was complete.

ENMAX told CTV News Saturday that the issue was due to an underground cable fault and it took time for their crews to safely repair it.

The bulk of the affected customers had their power restored within two hours but added a few customers were without power Saturday morning.

Officials say all households have had their power restored at this time.

"We appreciate their patience as we got this resolved," ENMAX wrote in an emailed statement.

The company adds that all of its customers should download the ENMAX app for updates on all service issues.