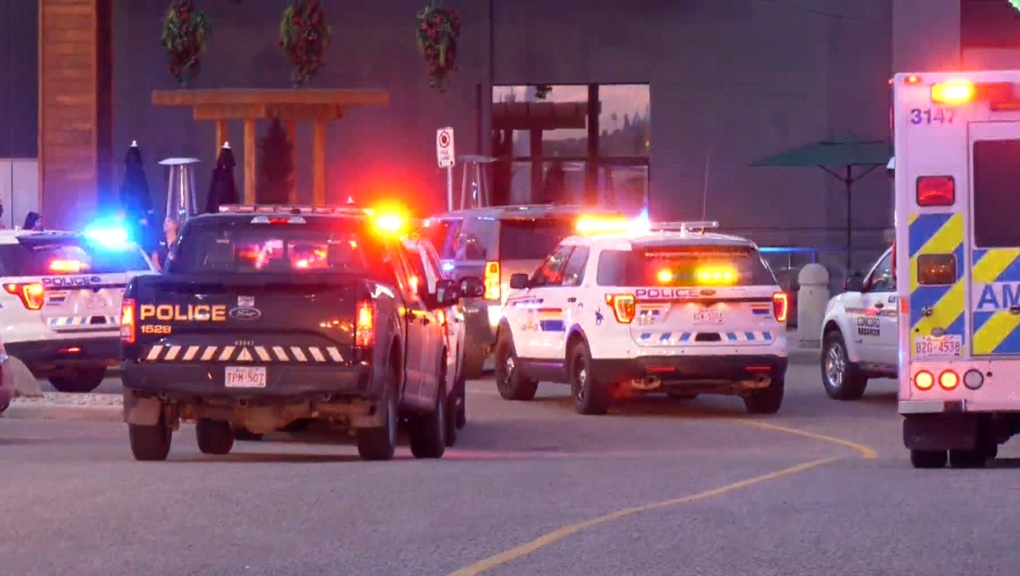 Emergency vehicles outside of a CrossIron Mills entrance during the Sep. 16, 2019 response to a shooting

CALGARY – Three Calgary men have been arrested and charged in connection with a September shooting on the property of CrossIron Mills mall in Balzac.

The accused – Dakota Brandon Bolton, 25, Carl James Schuyler, 35, and Jari Erkki Manner, 37, were arrested Sunday, Nov. 10 and all three were charged with:

On the evening of Sep. 16, emergency crews, including RCMP and CPS members, responded to CrossIron Mills following reports of an active shooter. Hundreds of employees and thousand of patrons were evacuated from the mall.

A man suffering from gunshot wounds was located and transported by ambulance to Foothills hospital. RCMP determined the shooting occurred in the parking lot of the mall.

No arrests were made on the night of the shooting but the RCMP investigation indicated the incident was targeted.

In addition to the murder-related charges, Bolton has been charged with:

Bolton, Schuyler and Manner remain in custody ahead of their court appearances in Airdrie provincial court this week.