Three people taken to hospital as a result of overnight fires 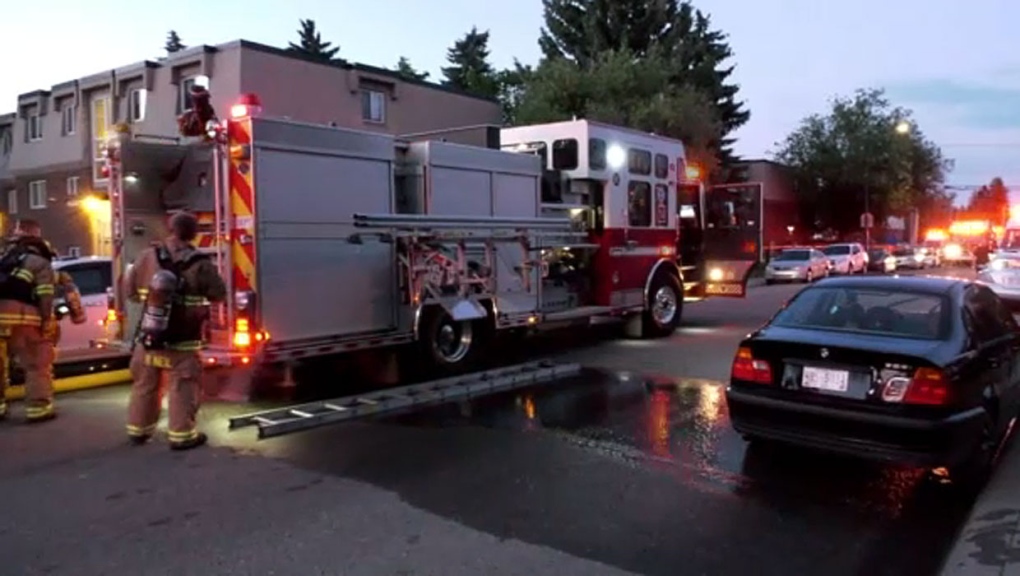 Fire crews were called to the scene of two blazes that took place minutes apart in the city's south end on Saturday night.

In the first incident, the Calgary Fire Department was called to a housing complex in the 300 block of 99 Avenue S.E. at about 9:35 p.m.

Upon arrival, crews found smoke coming from a second floor window and learned a number of people were also still inside the apartment.

Crews ran hoses into the building at the same time as a ladder crew was brought in to access the upper floor from the outside.

While the fire was extinguished from inside by the first crew, the second determined the apartment where the fire started was unoccupied.

The rest of the building was also evacuated while crews fought the fire.

Three people were assessed on scene by EMS and taken to hospital for possible smoke inhalation.

Officials say three units, the source suite and two apartments directly below it, sustained smoke and water damage as a result. The occupants of all three units will not be allowed back inside for some time.

Just two minutes after the first call, the CFD was notified of a second fire in the 9100 block of 19 Street S.W.

When fire crews arrived at the two-storey building, they found smoke and flames coming from the street side.

Officials say crews first doused the exterior of the building to cool it down before sending a team inside to attack the source of the fire.

The fire was quickly knocked down and firefighters managed to rescue one cat and successfully resuscitated the animal afterwards.

No other injuries were reported.

The suite inside the building sustained extensive damage as a result of the fire.

The cause of either fire has not been determined.