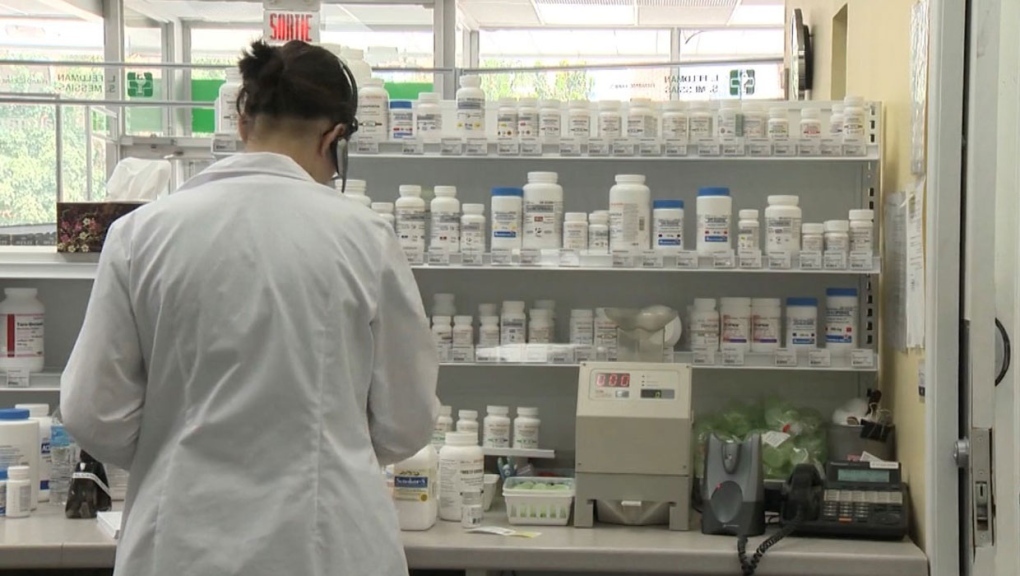 With drug store robberies becoming increasingly common in recent months, the Alberta College of Pharmacy is recommending narcotics be stored in time-delayed safes and staff be given panic alarms.

The recommendations are the result of a working group formed in April between RCMP, Calgary police, Edmonton police, the Alberta College of Pharmacy (ACP) and the Alberta Pharmacists' Association (RxA).

"The increase in pharmacy robberies and the level of violence associated with these incidents are concerning," said ACP registrar Greg Eberhart.

"Since becoming aware of these trends, we have developed resources for pharmacy teams to help prevent robberies and report any activity to the college. We are also working with police to develop further strategies to ensure the safety and security of pharmacy teams and the public."

Most robberies see a suspect approach employees and either brandish a weapon or threaten that they have one while demanding cash and pharmaceuticals.

"Pharmacy robberies are a crime of opportunity and it is our hope that by implementing environmental and safety recommendations generated by this group, pharmacies across the province will see a decline in robberies and a safer work environment for staff," said Edmonton police Staff Sgt. Mark Hilton.

Recommendations provided by the working group include:

"The significant increase in armed robberies at pharmacies presents a risk to drug security and the wellbeing of pharmacy team members and the public," said ACP president Peter Macek.

"ACP Council has observed that the potential for further robberies is not limited to one or two communities, it is a province-wide threat. Therefore, we have proposed amendments to the Standards for the Operation of Licensed Pharmacies to increase pharmacy security and safety."

Anyone with information about a pharmacy robbery in Alberta is asked to report it to their local police service.