Too many new pet owners, not enough vets make getting animal care a problem 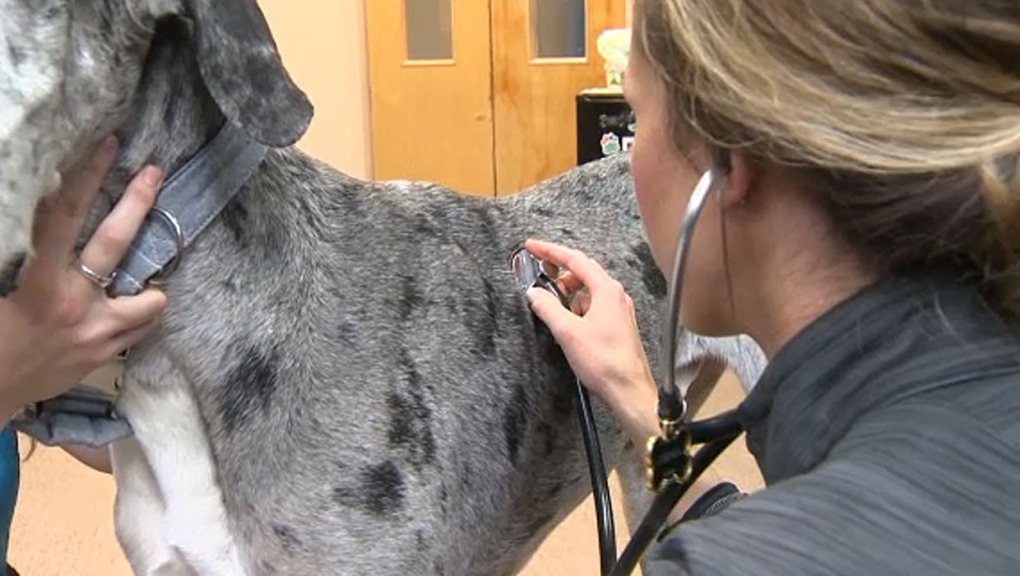 Some Calgary veterinarians say they're swamped with a backlog of procedures after a boom in residents seeking furry friends during the pandemic. (File)

CALGARY -- Dr. Liz Ruelle says it was a difficult decision to close her veterinary practice to first-time patients after being swamped with requests by new pet owners who turned to animal companionship during the pandemic.

For Ruelle, who operates the Wild Rose Cat Clinic in Calgary, everything takes two to three times longer with COVID-19 safety protocols, so providing timely medical attention to animals can be challenging.

She's six months behind on regular checkups and so decided last October to refer new furry patients to emergency clinics.

“Everyone was running out and getting pets ... and we're now facing backlogs of annual exams, because we weren't doing them for months,” Ruelle said.

“I have a hard time saying no to people. It's gut-wrenching for us. When we're saying no, it's because we physically can't.”

Humane Canada says 78,000 cats and 28,000 dogs were in shelters across Canada in 2019. Sixty-five per cent of the felines and 73 per cent of dogs were either adopted or reclaimed by their owners.

Numbers for last year aren't yet available, but shelters across the country say demand has been brisk, although the number of cats and dogs available has dropped.

“Our adoptions have thankfully stayed steady throughout the pandemic and haven't seen a marked increase in animal returns,” said Jessica Bohrson from the Calgary Humane Society.

“With so many folks now working from home, they've been able to give their new pets a great deal of attention.”

There are about 10,000 veterinarians in Canada. Dr. Enid Stiles, president of the Canadian Veterinary Medical Association, said that's too few vets for the number of pets.

The greatest shortfall is in British Columbia, Quebec and Newfoundland and Labrador.

“It's become a triage of what's most important. Certainly these new pets have thrown a wrench into things, because in Canada we already have a very big shortage of veterinarians,” said Stiles, who shut down her Montreal clinic to new patients in December.

“My clinic said we would never do that, but ... we ended up having to stop taking any new patients because we're burning out. We had to put the brakes on and that's hard because where are those pets going to go?

“The irony is they're going to end up being pushed out to more rural vets, who may still have some ability to see these patients, but now they're having to travel great distances in a pandemic just to get veterinary care.”

Lack of attention for newer patients has led to many veterinarians being subjected to verbal abuse from angry pet owners, Stiles added.

“People get frustrated and they're very emotional when dealing with pets. We understand, but certainly with the pandemic it's even more of a struggle,” she said.

The Toronto Humane Society switched to virtual adoptions last spring. The organization has fewer animals available than usual because it isn't allowed to bring in any from the United States with the border closed.

Hannah Sotropa said the society has received more than 11,000 applications for adoption since the pandemic began.

“Definitely the interest has certainly increased. We're not seeing an increase in adoptions per se largely due to the fact we have had fewer animals,” she said.

The Toronto Humane Society has its own public veterinary service clinic which vaccinates, spays and neuters pets. It also has a dental suite.

“There's going to be backlogs. What's really important is we find ways to make veterinary care more accessible, so we can prevent animals ending up in our shelters simply due to affordability or lack of availability to basic, veterinary care,” Sotropa said.

“It's important for people to know that even if they are an adopter, they can still come for help if they need it.”

This report by The Canadian Press was first published Jan. 24, 2021