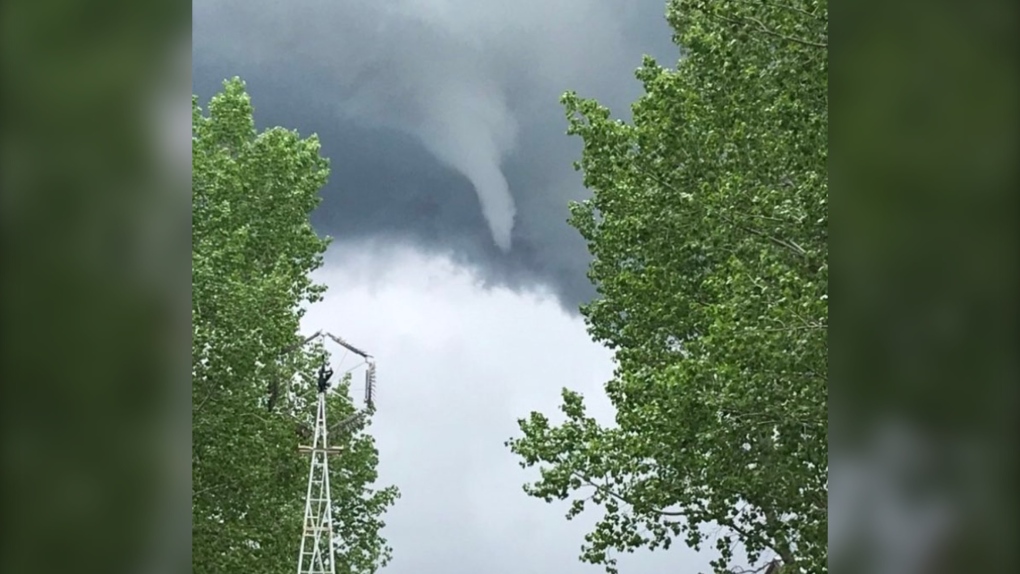 A funnel cloud was spotted in the skies east of the City of Airdrie Sunday afternoon.

CALGARY -- Officials confirm a small tornado touched down 15 kilometres southeast of Beiseker. A small debris cloud was spotted at the base, but no damage has been reported, so the tornado has been given a preliminary rating of EF0.

According to Alberta Emergency Alert, called into effect in Wheatland County at 4:21 p.m., a tornado was spotted near Beiseker and was proceeding northwest at 20 km/h.

"Seek shelter immediately in a basement or reinforced structure. Get low and put as many walls between yourself and the storm as possible. Stay away from windows, doors and outside walls. If you are on the highway and cannot avoid the tornado, seek shelter in a ditch or ravine," reads the alert's instructions.

Environment Canada also called a severe thunderstorm bulletin for the area earlier in the day.

A severe thunderstorm is producing a tornado 15 km southeast of Beiseker, moving east at 20 km/h. In addition to the tornado warning, severe thunderstorm watches/warnings, and wind warnings also in effect across #Alberta #ABstorm pic.twitter.com/PfdTrjsxw4