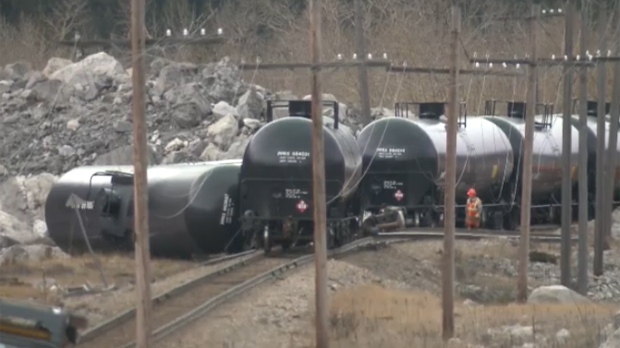 Officials with CP Rail are investigating an early Saturday morning freight train derailment near Frank, AB in the Crowsnest Pass.

According to CP Rail officials, twelve cars of a westbound train left the track at approximately 4:30 a.m. Saturday near the Frank Slide.

Of the twelve cars, ten remained upright while two cars toppled. The train was transporting crude.

No leaks have been reported and there are no environmental or public safety concerns. No injuries occurred in the derailment.

CP Rail has not released an estimated length of time for returning all cars to the tracks. The cause of the derailment has not been confirmed.