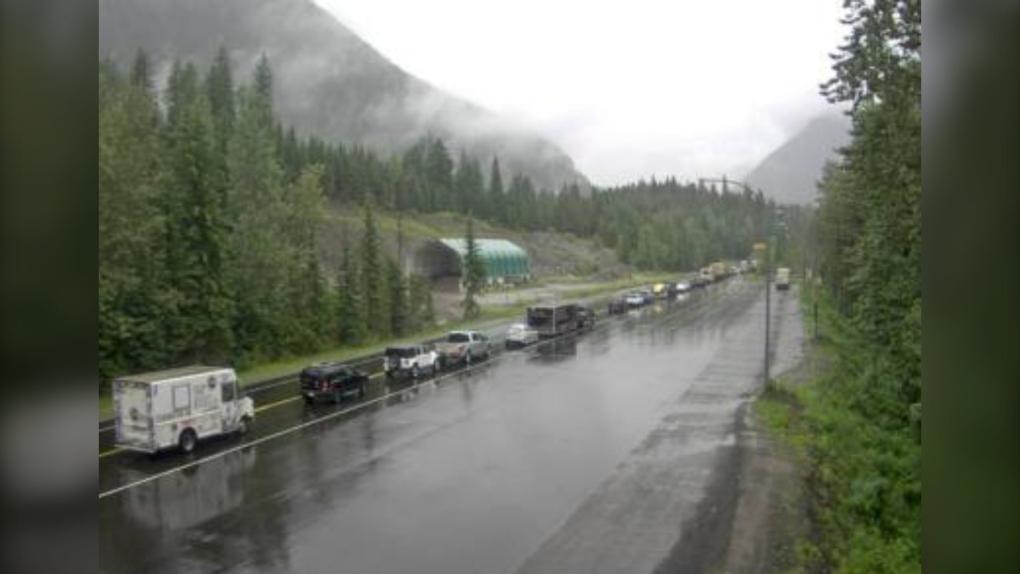 The Trans-Canada Highway east of Revelstoke is open again, after being closed in both directions while police investigated a fatal collision Wednesday afternoon. (DriveBC)

The Trans-Canada Highway reopened late Wednesday afternoon after being closed due to a fatal accident.

The driver of a dump truck died after he lost control and crashed into a number of other vehicles on the Trans-Canada Highway Wednesday afternoon, resulting in the roadway being closed for several hours.

Emergency crews were called to the highway, about 33 kilometres east of Revelstoke, at about 11:30 a.m. on Wednesday.

Police say the driver of a commercial dump truck lost control and crashed into several other vehicles.

The truck driver was thrown from the vehicle and pronounced dead at the scene.

It is not clear whether anyone else was injured in the collision.

According to the Drive BC Twitter feed, the Trans-Canada Highway was reopened shortly after 4 p.m. after being closed in both directions.

Police say they have information to indicate that it was raining heavily when the crash happened.