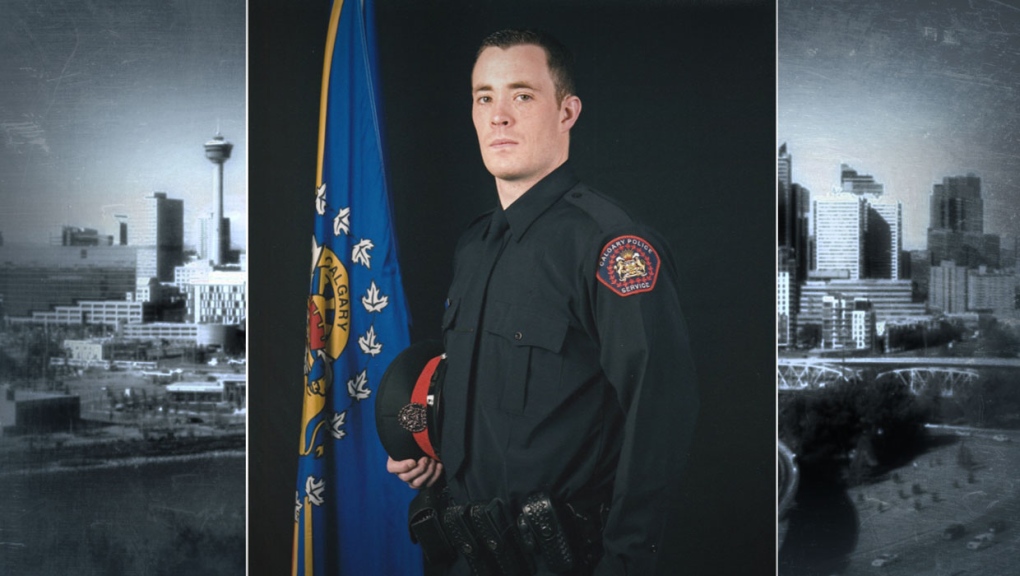 Sgt. Andrew Harnett died in hospital after he was hit and dragged by a vehicle during a traffic stop on Dec. 31, 2020. (Supplied)
CALGARY -

A teen charged with first-degree murder in the hit-and-run death of a Calgary police officer is expected to have a trial date set at the end of the month.

The accused, who cannot be identified under the Youth Criminal Justice Act, was 17 when he was arrested following the death of Sgt. Andrew Harnett on New Year's Eve and has since turned 18.

He appeared briefly by video in a Calgary courtroom Friday and has had a two-day hearing under the Youth Criminal Justice Act set for June 29 and 30.

Court heard the teen will once again ask to be released from custody and placed in the care of a responsible adult until his trial begins.

A trial date is expected to be set on June 29.

Police allege the accused was driving the vehicle, and have also charged a 19-year-old passenger with first-degree murder.

This report by The Canadian Press was first published June 18, 2021.