Truck crash ties up Lethbridge highway for over three hours 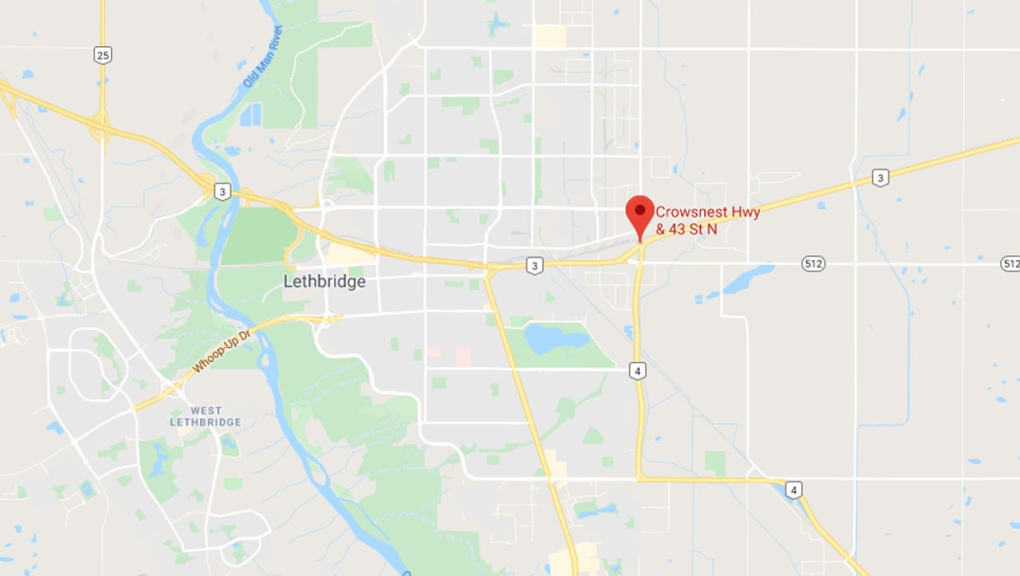 No one was injured in a crash on the Crowsnest Highway in Lethbridge Friday night. (Google Maps)

CALGARY -- Lethbridge police are investigating after a semi tractor-trailer and a dump truck collided on the highway on the eastern end of the community Friday night.

Officers were called to the scene, at 43 Street and Crowsnest Trail, at just before 9 p.m.

The incident forced the closure of the westbound lanes of Crowsnest Trail and the southbound lanes of 43 Street for about three hours.

The scene has since been cleared and police are still investigating the cause.

There were no injuries reported as a result of the incident.