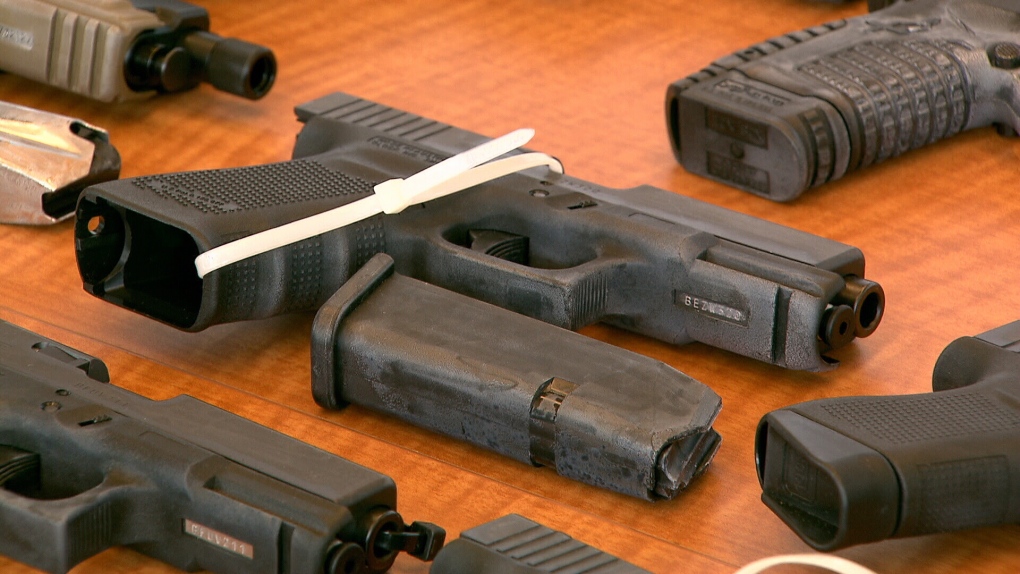 Alberta Premier Jason Kenney says he will work with a task force on gun violence in Calgary but isn't convinced a handgun ban will make a difference. (File)

CALGARY -- The Trudeau government announced plans to allow provinces and municipalities to govern handgun bans, laws that Alberta's premier says won't do much to deter gun violence in cities like Calgary.

Jason Kenney, speaking to the media Tuesday, admitted there is a real problem of gun violence in Alberta, particularly in Calgary.

"It is a terrible issue and I want to thank councillor George Chahal for raising the alarm about this. We would certainly be willing to cooperate with the City of Calgary in a task force to find solutions to crack down on gun violence, particularly in the northeast quadrant of the city."

He says "it's no secret" the violence is linked to drugs, gangs and turf wars.

"I think we need much tougher enforcement of the laws against drug trafficking. I regret that the Trudeau government repealed the Harper governments tough mandatory minimum sentences for the illegal possession of firearms and for serious narcotics offences. I call on the government to bring back those tough penalties."

But when it comes to an outright handgun ban, Kenney said it wouldn't work.

"Criminals do not respect gun bans. By definition, they are already engaged in the lawless use of firearms. I don't see how criminalizing law-abiding firearms owners is a solution to the illegal misuse of firearms by criminals."

Kenney says he wants to see a focus of laws targeting criminals, not on people who go to a gun range and observe the proper rules and regulations already in place.

He adds the federal government could do a lot more to help by stopping the illegal importation of drugs into the country.

"The U.S. Congress passed a law to impose sanctions on China if they do not crack down on fentanyl factories that are exporting poison to North America. I would like to see the federal government do the same thing."

Justin Trudeau, speaking with the Canadian Press this week, said he has heard calls from large cities seeking permission to enforce bans.

"That is something we are hearing from some very specific places across the country but not everywhere across the country. And we feel that it would be a solid step to move forward and give cities and provinces those tools to do that."

On Tuesday, Trudeau reiterated his government's plan to improve rules and regulations around firearms.

"Too many lives have been lost to gun violence and Canadians are calling for change. It's more than time to strengthen gun control in Canada," Prime Minister Justin Trudeau told the media in Winnipeg.

Trudeau said his government would be moving ahead with a ban on assault weapons during the next legislative session.

"We know weapons designed to kill the largest number of people in the shortest amount of time have no place in our communities. There are immediate steps we will take in the coming weeks on that led by (Public Safety) Minister Bill Blair."

Blair says gun control is "very much a collaborative effort" involving all provincial and territorial leaders.

"We'll move forward as quickly as possible," he said.

"We are doing that work now, engaging in the necessary discussions, consultations and research, and it is my intention to bring forward a memorandum of cabinet and, at that time, further discussion will take place.

Blair said they are also aware some things may require legislative changes and they are "prepared to deal with that."

Trudeau added the government will also strengthen gun control through many other measures that will be introduced during the upcoming legislative session.

"There are many, many facets and angles on this challenge and they will be ranging from ammunition restrictions at the border to moving forward on investing in better community supports to strengthening our border's ability to interdict guns coming in from the United States."