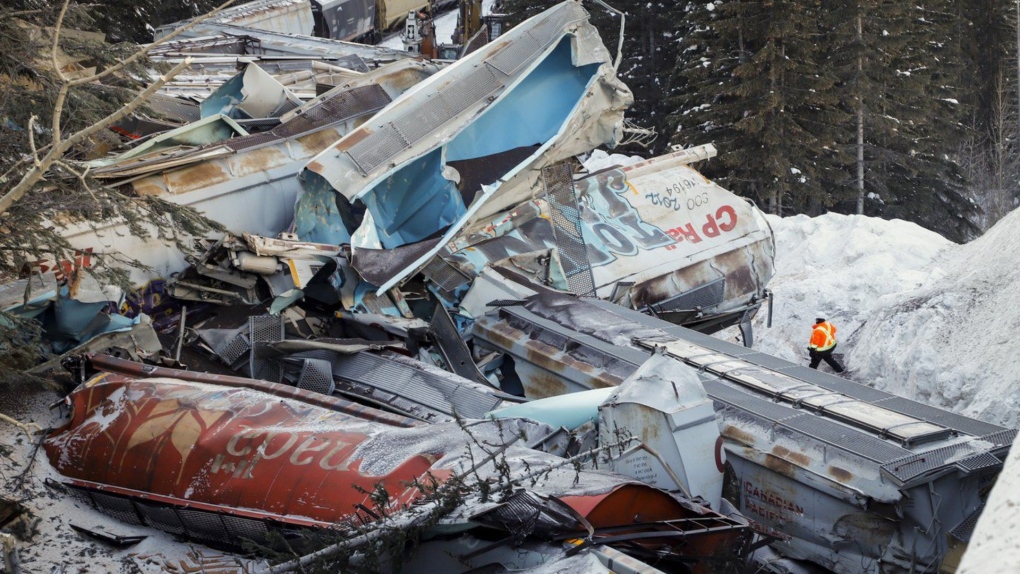 A train derailment is shown near Field, B.C., on Monday, Feb. 4, 2019. An investigation report into the fatal train derailment near the boundary between British Columbia and Alberta is to be released by the Transportation Safety Board of Canada on Thursday. THE CANADIAN PRESS/Jeff McIntosh
CALGARY -

An investigation report into a fatal train derailment near the boundary between British Columbia and Alberta is to be released by the Transportation Safety Board of Canada on Thursday.

The derailment in February 2019 caused 99 grain cars and two locomotives to plummet off a bridge near Field, B.C., killing three rail company employees.

Conductor Dylan Paradis, engineer Andrew Dockrell and trainee Daniel Waldenberger-Bulmer were in the lead locomotive and had just taken over from another crew when the train started moving on its own.

The Transportation Safety Board has said the westbound train had been parked on a grade with its air brakes applied for two hours when it began rolling on its own.

After gaining considerable speed, and with no handbrakes applied, the train eventually derailed at a curve in the tracks ahead of the bridge.

This report by The Canadian Press was first published March 29, 2022.