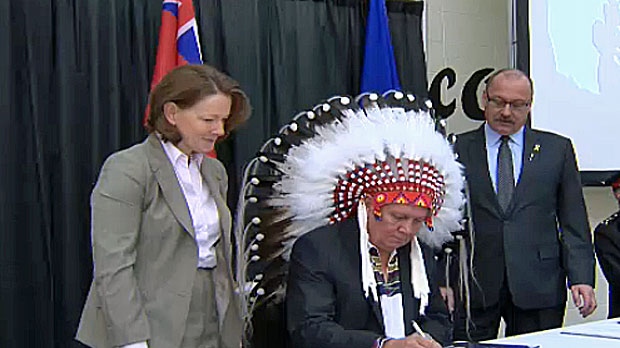 CALGARY -- CALGARY – Roy Whitney will be returning to the role as chief of the Tsuut'ina Nation, a position he previously held for decades, after a three year hiatus.

The unofficial results from Wednesday's election, released early Thursday morning, have Whitney victorious over incumbent Lee Crowchild. The margin of victory has not been confirmed.

Crowchild was Tsuut'ina chief for three years after defeating Whitney in the 2016 election.

In a statement, Whitney, said  he was "humbled by the mandate."

"I commit to them that I will work tirelessly, with respect and transparency, to further their interests, to respect the social and natural environment, and promote our language, history and culture," he said.

"I want to formally and sincerely thank Lee Crowchild for his dedicated work for Tsuut’ina.

"In the days ahead I intend to quickly meet with the new council to set our priorities and a work plan to see progress on the many initiatives that Tsuut’ina has underway, and to move the goalposts on new initiatives to better the lives of current and future Tsuut’ina people.”