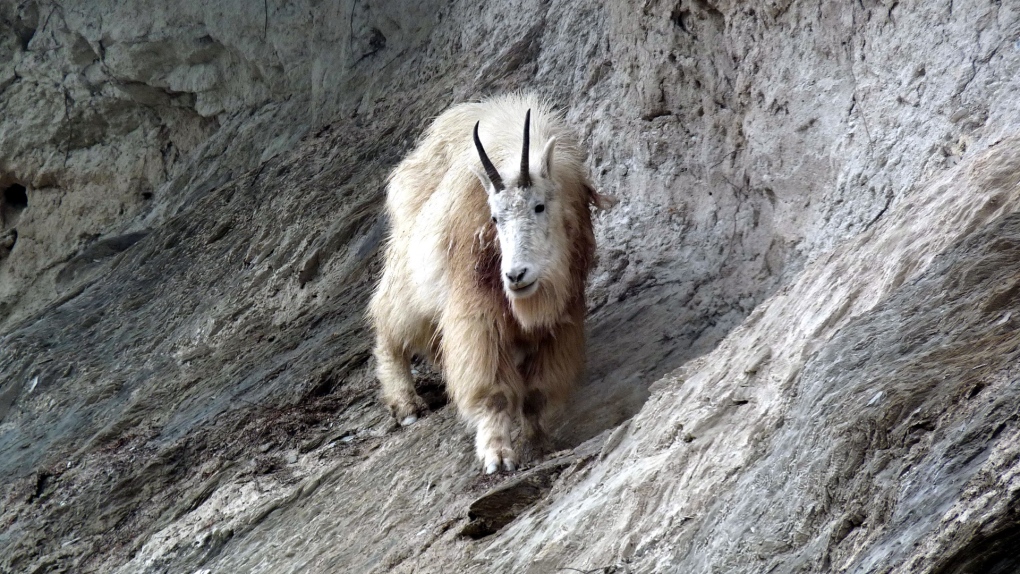 An adult grizzly bear is dead and a necropsy determined her fatal wounds occurred when she attempted to attack a mountain goat in a national park in British Columbia.

The carcass of the bear, that had not been dead for very long, was located near the top of the pass of a popular trail in Yoho National Park on Sept. 4

"Parks Canada received a report from a hiker of a deceased grizzly bear near Burgess Pass and we responded and we flew in there and removed the carcass of a female grizzly bear," explained David Laskin, a wildlife ecologist with the Parks Canada Lake Louise, Yoho and Kootenay field unit. "This was necessary to prevent the carcass from attracting wildlife that may have posed a risk to other visitors, because it was the beginning of the long weekend.

"That particular bear was unknown to Parks Canada (meaning the bear had not been previously handled or captured and marked with an ear tag or temporary GPS collar), and we didn't know the cause of death immediately so we did a frantic necropsy to determine this."

The carcass of the roughly 70-kilogram bear — considered to be slightly smaller than average but a relatively normal size for a bear in the region — was transported to Calgary where a forensic examination was conducted in conjunction with the University of Calgary.

"The necropsy determined that the female grizzly bear died of natural causes of which we found were due to an unsuccessful predation attempt on a mountain goat.

"I guess the mountain goat was successful in this case and it ultimately turned the tables on the bear."

The bear had wounds to both of its armpits and the side of the neck which, according to Laskin, are consistent with the predatory attack behaviour of grizzly bears and the defensive response of mountain goats utilizing their sharp horns.

"When grizzly bears attack they tend to focus on the head, the back of the neck and the shoulders of the prey," he said.

The severity of the injuries to the mountain goat has not been confirmed but no goat carcasses were located when the bear was retrieved.

Laskin says there have been few reports of grizzly bears being injured by mountain goats and this was the first time he and his colleagues had ever witnessed the aftermath of a goat besting a bear.

"Grizzly bears preying on mountain goats is actually quite common, but instances of goats fatally wounding a grizzly bear are exceedingly rare," said Laskin, before adding that goats are not easy prey. "Mountain goats are strong animals and they're well equipped to defend themselves."

The grizzly bear population in the Yoho/Kootenay area is estimated to be between 25 and 30 strong, given the fact the animals frequently cross provincial and national park boundaries.

"Grizzlies are omnivorous and the majority of their diet is vegetation. This year we had a poor berry crop and that is typically the caloric event of the season. They often move to different food types, they'll dig roots and look for ungulates to prey on."

Anyone who encounters a carcass in a national park is encouraged to leave the area immediately and to report the location to Parks Canada as the carcasses may attract carnivores and other wildlife that may act aggressively to protect a potential food source.