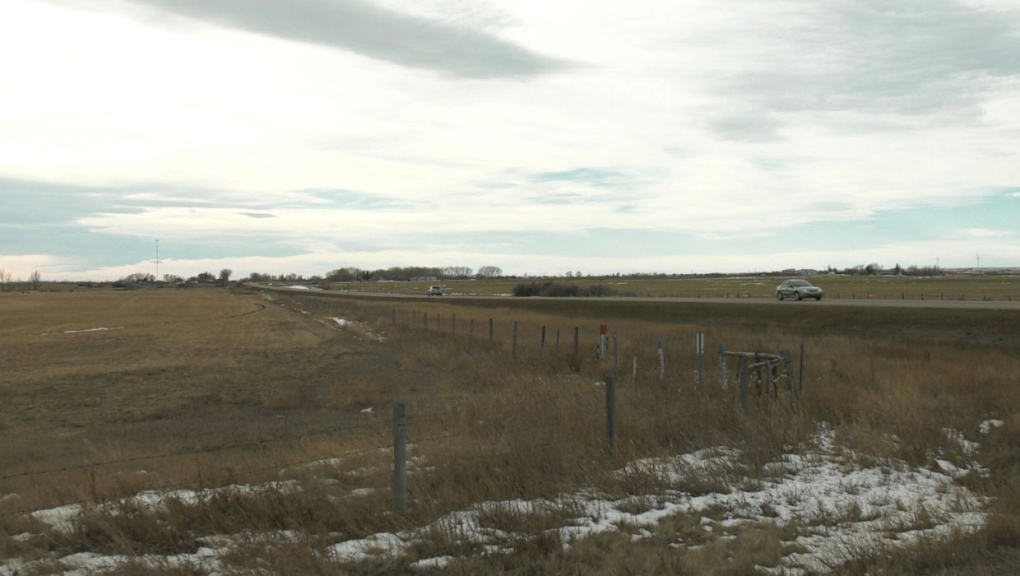 Construction is expected to begin on twinning the next section of Highway 3 this spring.

The Alberta government has announced it will be going ahead with twinning Highway 3.

The Highway 3 Twinning Development Association has been advocating for the twinning of the major southern Alberta route for the last 20 years and now shovels are slated to hit the ground on another section of road in the spring.

“Today’s announcement was, really, a clearer announcement of what the government wants to do and to ensure the whole project from Medicine Hat to the Crowsnest Pass is fully done,” said Bill Chapman, president of the Highway 3 Twinning Development Association.

Highway 3 connects the Crowsnest Pass to Medicine Hat and is 324 kilometres long, but only about 100 kilometers is twinned – from Fort Macleod to Taber.

On Friday, the province said a 46-kilometre stretch between Taber and Burdett has funding and construction is expected to start in the spring.

“There’s lots of functional planning studies to go, there’s a lot of land that needs to be bought and we need to make sure that everyone in the area, whether if it’s Bow Island or the Piikani Nation that their involved in the planning process,” said Devin Dreeshen, Alberta’s minister of transportation and economic corridors.

The project will include eight phases of construction. Chapman says Highway 3 has outgrown the volume of traffic and now was the right time to move forward with the project.

“Twenty-four kilometres of passing lanes was certainly okay back in the 90s and of course in the 2000s, but we’ve advanced past that,” he said.

The twinning of the 215 kilometres won’t just improve safety along the highway, but will also impact the local economy, according to Trevor Lewington with Economic Development Lethbridge.

“Anytime you can speed up access to markets, anytime you can make logistics simpler, especially in this day and age, that’s a huge benefit to local business,” Lewington said.

The same message was echoed by Alberta’s premier.

“If we can create the transportation infrastructure for this entire region to grow then that’s the job we got to do,” said Danielle Smith.

Lewington says the project will not only create construction jobs in the region, but, according to an economic report done by the Highway 3 Twinning Development Association, it will bring in additional revenue to smaller towns along the highway.

“They expect hundreds of millions of dollars of impacts to communities along the highway, so I think that’s pretty exciting, the sooner we can get this project in the ground and going, the sooner we’ll start to realize the savings and some of that productivity,” Lewington added.

Funding for the project was initially announced in 2020 but was pulled back because of the pandemic. There is no price tag on the project, which is slated to take 10 years to complete.

The UCP will look at financing options for those projects in the next budget.

The eight phases of this project include:

Dominic Barton, the former global managing director of McKinsey & Company, says he had no involvement in federal contracts awarded to the firm in recent years.

A suicide bomber who killed 101 people at a mosque in northwest Pakistan this week had disguised himself in a police uniform and did not raise suspicion among guards, the provincial police chief said on Thursday.

When the opera 'La Flambeau' premieres next week in Montreal, Black performers will be front and centre in an artistic medium where they have historically been under-represented.

Top European Union officials arrived in Kyiv on Thursday for talks with Ukrainian officials as rescue crews dug through the rubble of an apartment building in eastern Ukraine struck by a Russian missile, killing at least three people and wounding about 20 others.

In Washington progress on police brutality appears difficult, if not unlikely. Bipartisan efforts to reach an agreement on policing legislation stalled more than a year ago, and President Joe Biden ended up instead signing an executive order named for George Floyd, whose murder at the hands of Minneapolis police set off nationwide protests nearly three years ago.