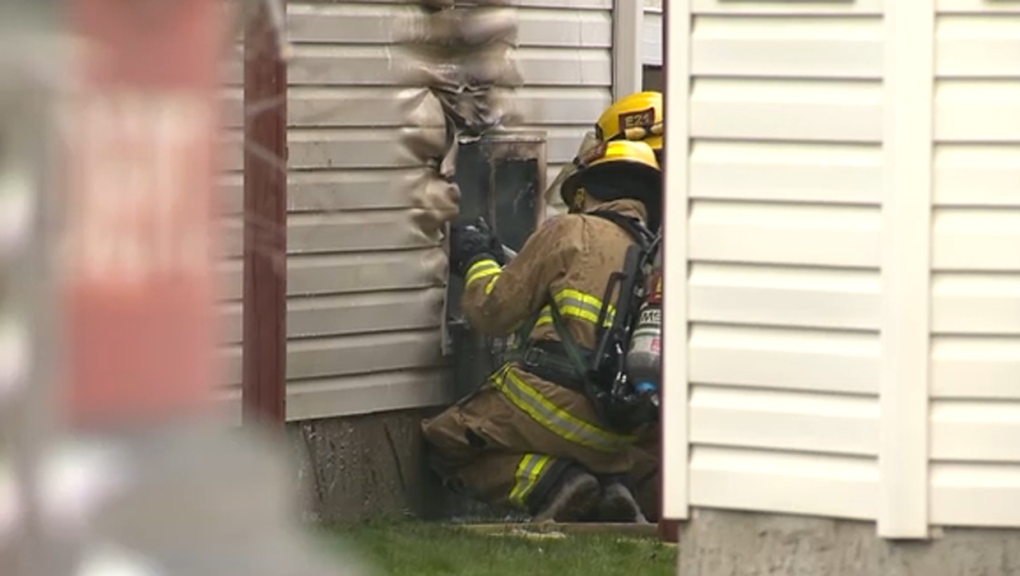 CFD members survey the damage to the basement of a home on Citadel Close NW on May 13, 2019

A home in a northwest neighbourhood suffered significant damage to its basement, and the main floor of the building was structurally compromised, following an afternoon fire.

According to Carol Henke, Calgary Fire Department Public Information Officer, crews were called to a home on Citadel Close N.W. shortly after 2 p.m. following reports of a basement fire.

“When fire crews arrived on scene there was  a lot of smoke showing from the home,” explained Henke. “Two residents had safely evacuated prior to CFD arrival on scene.”

Henke says firefighters knocked down the flames before they spread through the home but the fire caused significant damage to the basement and compromised the structural integrity of the main floor.

Working smoke alarms were present in the home.

While the fire originated in the basement, the cause of the fire remains under investigation.