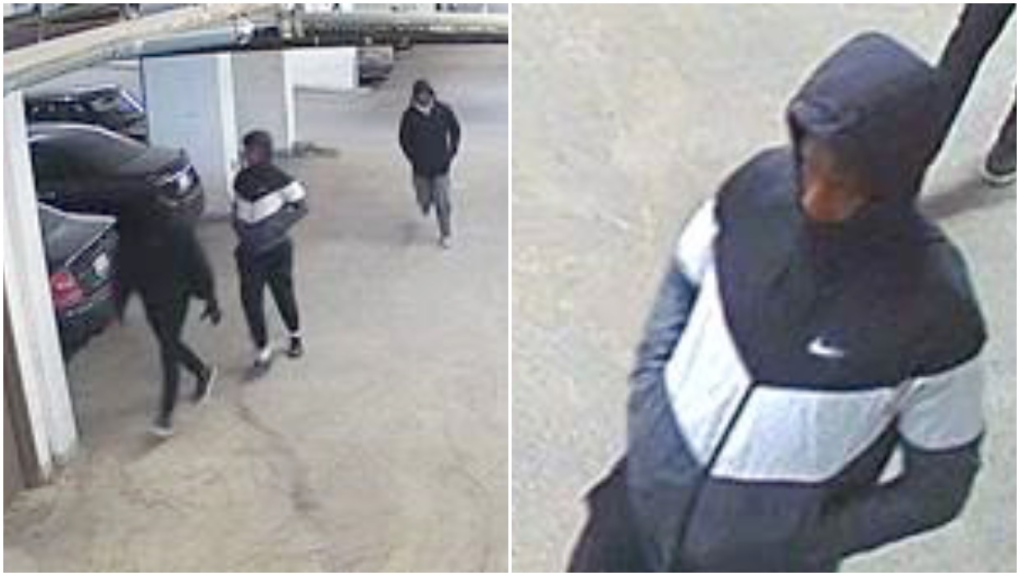 Police are looking for three men believed involved in a home invasion in April.

Two people were held at gunpoint during a home invasion police say may have targeted the wrong address.

Police said in a release the suspects held two adults inside at gunpoint “until the offenders were subsequently scared off and left the residence.”

No injuries were reported and investigators believe the men may have targeted the wrong address.

All three suspects are described as being 20 to 25-years-old, about six feet tall with a slim or medium build.

The first was wearing a black jacket with a small red logo on the upper left side, black pants, black runners with white soles, blue or purple gloves, a green camouflaged baseball cap with a black rim, and a black scarf covering his face.

The second suspect was wearing a blue and white striped "Nike" sports jacket with a large ‘Nike’ swoosh on the back, black pants and black runners with white soles.

The third suspect was wearing a black jacket with a white hooded sweater underneath, grey sweatpants, grey runners with white soles and a black baseball cap with a reflective sticker on the brim.