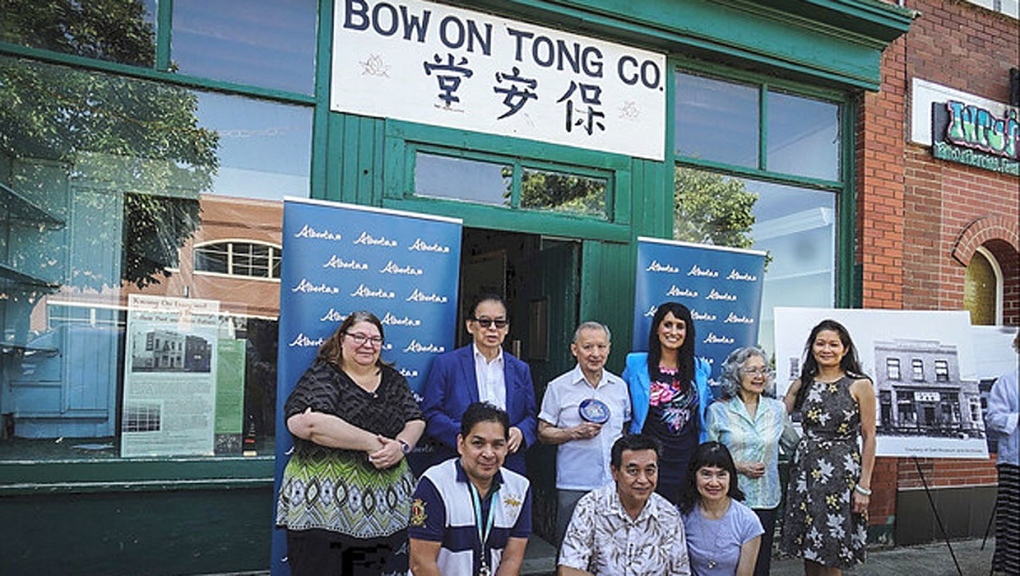 A pair of buildings that helped support Chinese-Albertans in Lethbridge since the early 1900s have been given historic designations by the province.

The Bow On Tong Co. and the Wing Wah Chong Co. buildings, side by side in the city's Chinatown, were named provincial historic resources this week.

The Bow On Tong Co. was established in 1926 inside the existing Tai Sing Wing Co. building that was built in 1919.

Bow On Tong has operated ever since as a traditional Chinese herbal shop.

The Wing Wah Chong Co., also known as the Manie Opera Society Building, was home to a number of different Chinese-Albertan businesses and lodging for immigrants.

The government says the move was made to help support Alberta's history and bolster pride among the communities they have served for nearly 100 years.

Officials in Lethbridge say the designations are the result of a long period of hard work.

The designation means that the buildings will be protected from demolition or changes to their historic character. It also helps the owners access conservation funding through the Alberta Historical Resources Foundation.

“It means everything to me to have these buildings and my family home restored," said Albert Leong, the owner of both buildings. "These buildings show how people lived, how I lived and what my community had to do to live. If they were gone, so would many of the stories of Chinese immigrants in Lethbridge.”