Two people dead in crash on Highway 1 near Bassano 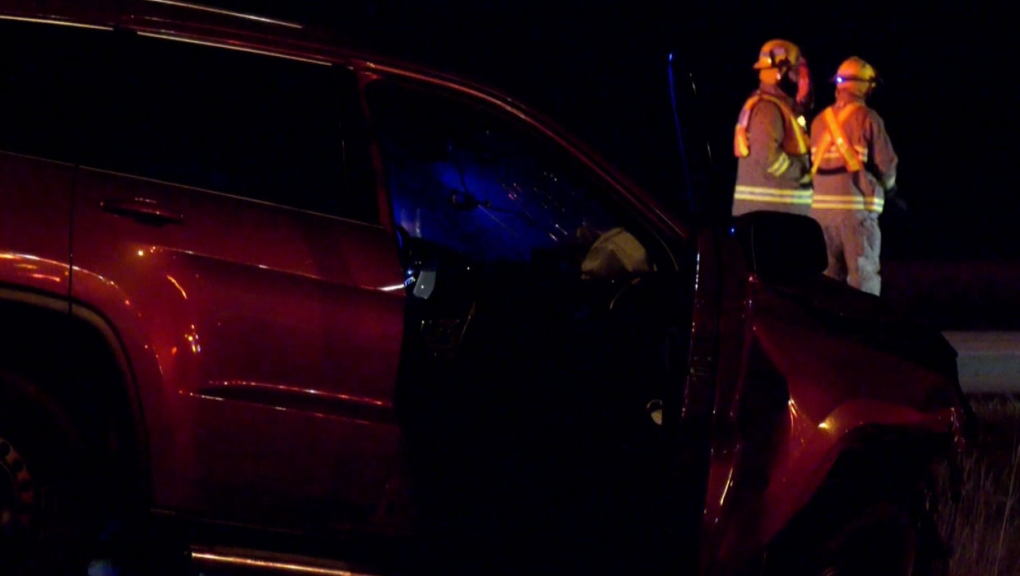 The two people who died in a crash near Bassano were travelling in the same vehicle, RCMP tell CTV News.

CALGARY – RCMP have confirmed to CTV News that two people have died in a crash on Highway 1 on Friday afternoon.

Emergency crews were called to the scene, on the Trans-Canada Highway at Highway 847 near Bassano for reports of a two-vehicle crash at about 4 p.m.

Police say two people, a 71-year-old male and a 68-year-old female from Medicine Hat, have died as a result. 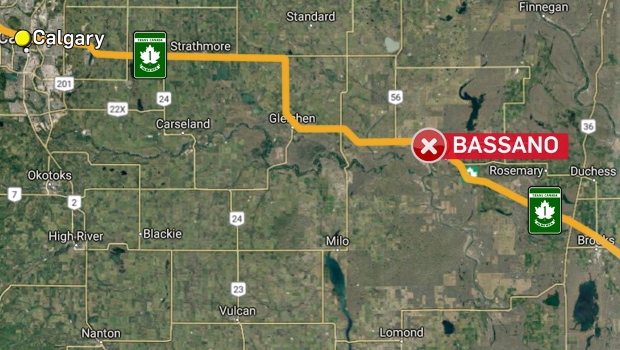 EMS say two other people were taken to hospital by ground ambulance.

The two females, aged 15 and 53, were in non-life threatening condition. A third person, an adult male 56 years of age, was assessed at the scene and did not require any medical care.

The two people who died at the scene were in one vehicle while the other two patients were in the second vehicle.

Traffic in the area was reduced to one lane in either direction past the scene for a number of hours, but the incident was cleared shortly after 11 p.m.

Update: Hwy1 near Bassano, is now fully open in both directions after earlier MVC. (11:05pm) #ABRoads