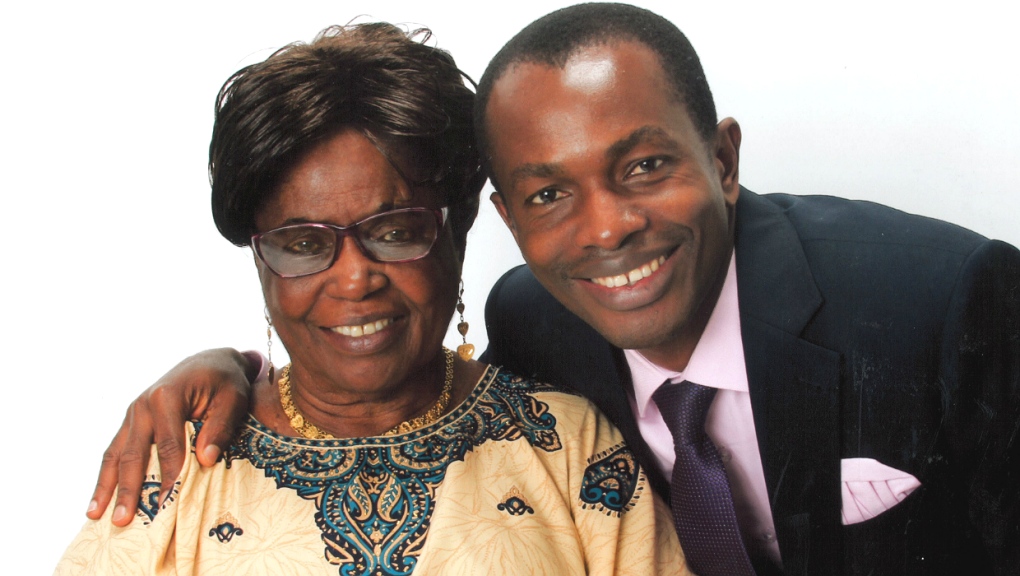 University of Calgary assistant law professor Gideon Christian has been trying since 2013 to sponsor his mother Lucy Mglowula. (Supplied)

CALGARY -- An assistant law professor at the University of Calgary says he’s been trying for nearly seven years to sponsor his mother for permanent residency in Canada, but the flaws in the system are keeping his family apart.

Gideon Christian had to leave his new job at the U of C before the end of the semester and return to his wife and two young sons back in Ottawa after his mother’s permanent residence application still had yet to be approved.

Christian’s mother Lucy Mgbowula currently lives in the United States, where he said his younger brother was able to sponsor her as a permanent resident within six months.

Christian first moved to Ottawa in 2006 and for the past five years worked as legal counsel for the Department of Justice. This summer he took a job at the U of C, which was only possible because his mother was in Canada to help care for his children.

Christian has been trying since 2013 to sponsor his mother to come to Canada. She was able to spend six months in Canada helping his family, but had to return to Texas when that period was up and her application status was still in limbo.

"It’s been a very difficult experience," he said. "The object of the immigration and refugee protection act is family unification. In my own case, what I have seen is family separation."

They thought the wait was finally over in December 2018 when they were randomly selected by Immigration, Refugees and Citizenship Canada’s lottery system. Christian said he sent in the application but was shocked to learn it was sent to an office in Ghana to be processed.

Christian said his mother has never lived in Accra and made repeated attempts to find out why it was sent there, even filing an access to information request.

According to the Immigration and Refugee Protection Regulations, a permanent resident visa application must be made to in the country where the applicant lives if the applicant has been admitted to that country for at least a year.

"It makes it highly unreasonable for that application to be sent to Accra, Ghana when it could have been confidently processed in the U.S., Mexico or Canada," he said.

Christian said he’s frustrated with how long this process is taking, he has not received an update in months.

"It is not good when you have an immigration system that is characterized by bureaucracy that makes it difficult for people who actually want to do things the right way," said Christian. 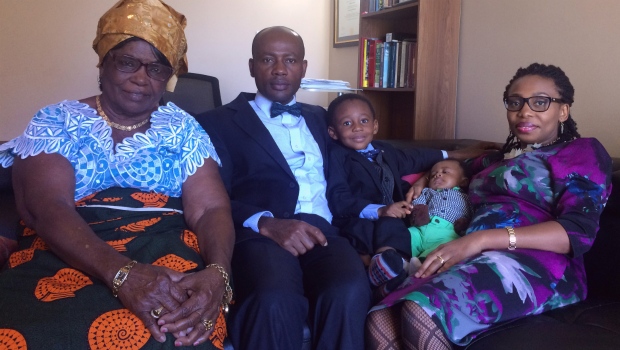 Gideon Christian’s mother Lucy Mgbowula currently has permanent residency status in the United States. He said his brother was able to sponsor her in six months. (Supplied)

A spokesperson for Immigration, Refugees and Citizenship Canada said current processing times for family class sponsorship applications under the parents and grandparents category is 20-24 months.

"Ms. Mgbowula’s application remains well within those processing times," said the spokesperson in a statement.

The statement went on to explain the application was transferred to the West African country due to Mgbowula’s citizenship, but was transferred back to Canada in January 2019 after Christian informed them his mother was a permanent resident of the U.S.

"There are no Immigration, Refugees and Citizenship Canada (IRCC) offices in the U.S. that process family-class sponsorship applications under the parents and grandparents category," the statement read.

'Left a lot of people in the dark'

Immigration lawyer Raj Sharma says the system prioritizes spouses and children over parents and grandparents, and they have seen a great deal of variance in processing times.

"Last year there was this sort of very, very deeply flawed problematic first come, first served where it was almost like a race. So whoever could fill out this online form the fastest and hit submit were selected," Sharma said. "Unfortunately that left a lot of people out in the dark."

Sharma advises applicants to be patient.

"I am hoping at least somebody who is sitting on the file will actually realize that this is just more than a file, this is a family," said Christian.

Christian said he hopes to return to his job in Calgary for the winter semester.