Humanoid robot parts — that’s what is written in sharpie on a box sitting on a shelf in the Schulich School of Engineering’s Unmanned Vehicle Robotarium Lab.

In the center of the room, Dr. Alejandro Ramirez-Serrano is working on a robot built using parts from that box.

Known as Transcend, it's an autonomous, artificially intelligent robot. It can walk and navigate on its own, and make decisions without human input.

Robots like Transcend have been the stuff of science fiction for decades, often becoming the villains of the story, attempting to overthrow their human overlords.

Transcend, however, will protect and save lives according to its human creator.

“We have the goal to deploy robots in confined spaces, where usually we don't have the tools to go in a safe manner, and perform the mission quickly.“ said Ramirez-Serrano.

"We tend to send humans and they are exposed to hazardous situations, dangers. They have to be deployed with protective equipment. We're trying to provide tools for them to be able to do their work, either in cooperation with the robots, or send in the robots to do the work in case there is extreme danger.”

The robots Ramirez-Serrano is building will one day work with rescue crews in situations like building collapses, and mine cave-ins. Robots are already deployed in these situations but lacking any artificial intelligence, they are remotely controlled by humans. 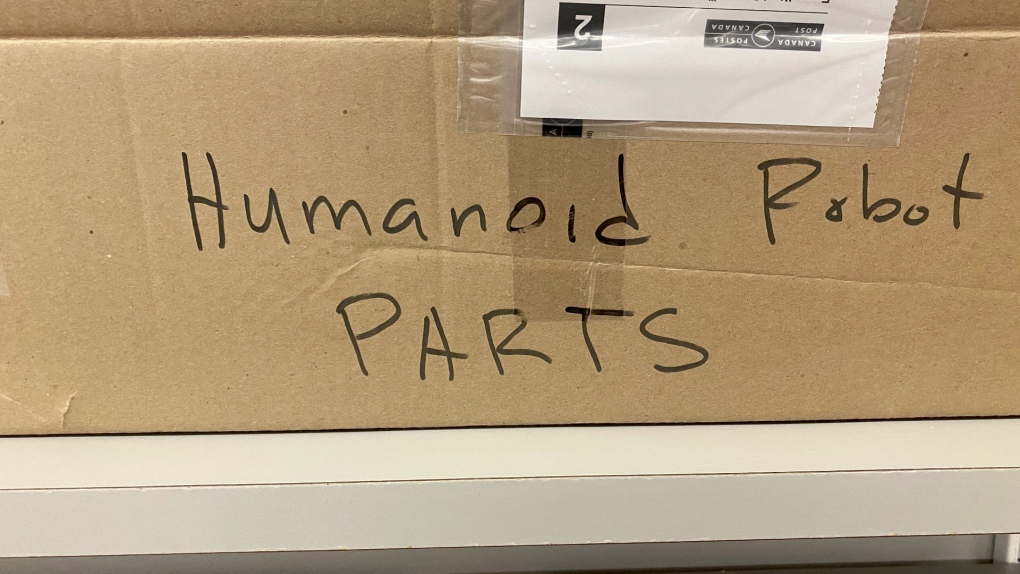 Problems arise when debris blocks their signals, and they can no longer be controlled.

AI robots will be able to continue their task because they can function without human input.

In order to make those decisions autonomous, rescue robots need to learn context. In the same way a firefighter might use their experience to assess if a floor or wall is about to collapse, robots need to be able to quickly assess their surroundings and make a decision.

Unlike a chess computer that can mathematically plot a move against all possible outcomes based on its programming, a rescue robot will face a new, and unpredictable situation in every deployment.

“It is extremely complex. In terms of hardware, we have developed many robots over the years, and many of these robots are tailored for specific applications," said Ramirez-Serrano.

"Now what we're trying to do is develop a robot that is capable of performing tasks for multiple applications, and also to reconfigure itself.

“We’re trying to design machines that can actually reconfigure or adapt, move, transform to be able to achieve more than what the designers intended to initially."

Transcend’s humanoid form will allow it to carry and use many of the tools already used by rescue crews, like shovels and drills, which means tools will not have to be specially built for robot use.

Ramirez-Serrano also hopes it will help ease the initial fear of a disaster victim when being approached by a machine.

“Initially, they are in shock so they might be a little bit afraid of the machine, and cause things that we don't want to happen.” Said Ramirez-Serrano

“We're trying to enable the humanoid form to be in a machine so that victims will be able to relate to the machine in a way that will be a more human interaction.”

NOT ALL RAMIREZ-SERRANO’S ROBOTS ARE HUMANOID

On the floor in front of Transcend sits another of Ramirez-Serrano’s creations, a shape-shifting robot capable of flattening itself like a pancake to crawl under obstacles, or squeezing itself into a long, thin shape to crawl up the inside of an air shaft.

On a nearby bench sits a sleek, black and red robot reminiscent of a furless dog. It can move quickly, running or skating on wheeled feet, as the situation demands.

Ramirez-Serrano’s robots are designed to be faster than humans, and stronger too.

“We want to assist humans in such a way that the missions are performed much, much faster," he said.

"We want these robots to perform missions at least 1.5 (times) faster than what a human will do.”

The robots are an Urban Alliance project, which is a partnership between the University of Calgary and the City of Calgary.

It aims to apply research to real-world projects.

Project partners include the Calgary Emergency Management Agency and Canada Task Force 2 an it recently received a five-year $500,000 grant from the National Sciences and Engineering Research Council.