University of Lethbridge professor served as consultant for Oscar-winning documentary 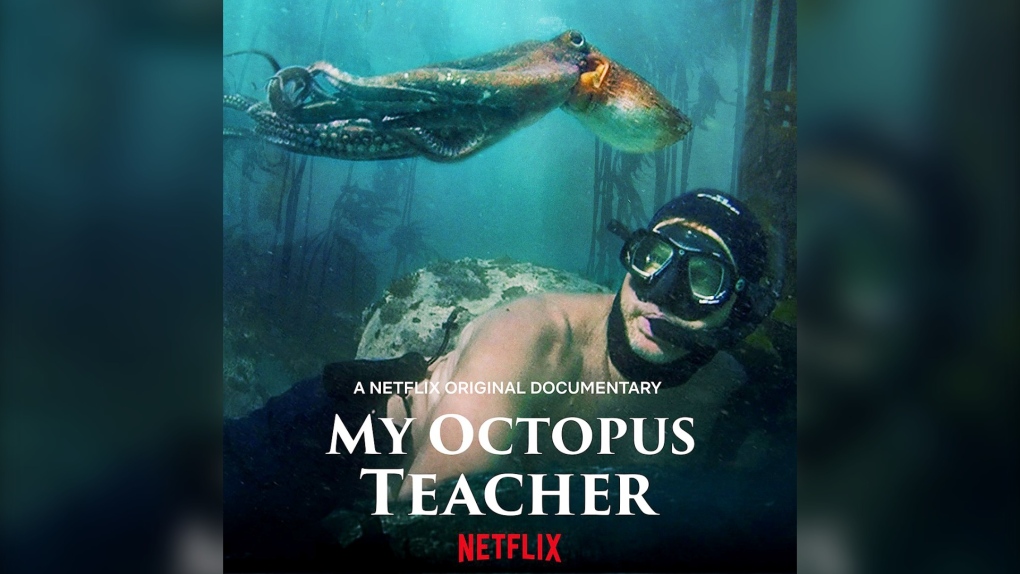 A University of Lethbridge professor worked as a scientific consultant on the Netflix documentary My Octopus Teacher. (Courtesy Netflix)

LETHBRIDGE -- Dr. Jennifer Mather is a psychology professor at the University of Lethbridge, which comes as a surprise to those who learn of her background as a sea life and octopus researcher.

Mather has been studying octopuses for more than 40 years and found her love of sea life while growing up in Victoria, B.C.

Since then, she has spent years travelling the globe and researching sea creatures, particularly octopuses.

It was because of this that Mather was asked by South African filmmaker Craig Foster to work on the Netflix documentary My Octopus Teacher as a scientific consultant.

"Craig asked me to come to South Africa to look over the filming, to make sure that what he was saying about octopuses was authentic, was true," she said.

Foster's film, which was released on Netflix last September, has gained critical acclaim, winning multiple awards for best documentary, including at the Academy Awards on Sunday.

The film follows Foster — who befriended, studied and learned from an Octopus every day for a year — in the Great African Sea Forest off the southern tip of Africa.

Once shooting had finished, Foster brought in Mather to make sure everything he was saying in the film was factually accurate.

"It's fairly intense," Mather told CTV. "You get there, in a little dark room, and you stare at the TV screen with pieces of film coming on and you say, 'Oh yeah, that's right,' or 'Oh that's unusual, I haven't seen that before,' or 'Oh yes, you're saying this correctly.' It was fun, I didn't have any trouble with it. I loved it."

She spent 10 days in Cape Town with Foster working on the film before flying back home to Lethbridge.
She's incredibly proud and honored to have been given the chance to work on such an amazing film and the University of Lethbridge couldn't be happier for what she's achieved and experienced.

"This is something that the University of Lethbridge is very proud of because, not only does it represent a real statement about the quality of her science and the reputation that she has around the world, but it also provides great evidence of the importance of science to the broader community," said U of L president and vice-chancellor Dr. Mike Mahon.

When asked about how she feels about the whole experience, Mather said she enjoyed the time spent working on the film and will cherish the memories for years to come.

"I don't think I'll ever be involved with an Oscar-winning documentary again," she said. "It was exciting."

My Octopus Teacher is currently streaming on Netflix.