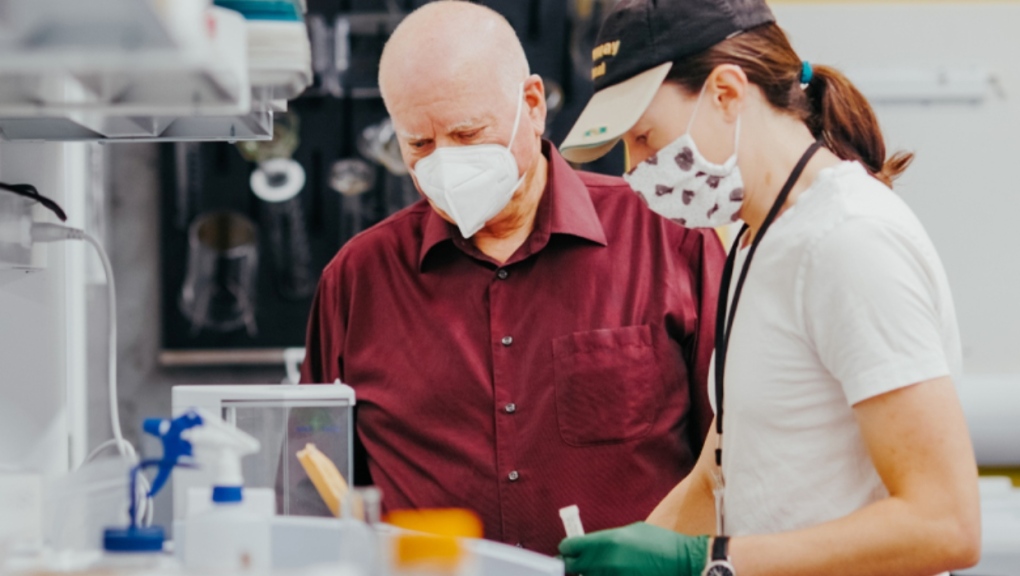 The Unniversity of Lethbridge has been chosen for innovative Parkinson’s research. (Supplied)

The University of Lethbridge has been chosen to research GB Sciences' new patent-protected formulations of a potential Parkinson’s disease (PD) treatment.

Led by Dr. Robert Sutherland, the study will focus on the cannabis-based formulations as a way to potentially slow down or possibly reverse the symptoms of PD.

One cause of PD is the death of nerve cells in the basal ganglia. This area of the brain controls bodily movement, and the cells that die are dopamine-producing cells. The lack of dopamine produced by the basal ganglia results in some of the common symptoms, like shakiness, difficulty with coordination and balance issues.

Another cause is the death of nerve endings that produce norepinephrine, the main chemical messenger of the nervous system. This results in other symptoms, like fatigue, irregular blood pressure, and decreased movement of food through the digestive tract.

Sutherland says the causes of PD make it difficult to treat, but he is hoping this study will be a breakthrough in potential treatments.

"Right now there’s no cure for Parkinson’s disease, there’s no treatment that even slows down the process significantly and that’s an important fact," Sutherland said.

"It’s the second most common neurodegenerative disorder after Alzheimer’s disease. So finding anything that produces a benefit or could actually pause the disease progression is really significant."

The cannabis-based formulations don’t have any THC or other psychoactive chemicals in them. Rather than trying to mimic dopamine, it hopes to protect the dopamine producing cells.

"There is no direct dopamine effect, so these cannabinoids do not mimic dopamine, but they do tend to have a neuroprotectant function. So there’s an endogenous process inside the brain of people with Parkinson’s Disease that slowly kills off the dopamine neurons and it’s thought that these mixtures will actually block or interfere with that killing off of the dopamine neurons," Sutherland says.

While the formulation is expected to protect these neurons, it’s possible that it could even help dying cells recover.

Dopamine and norepinephrine neurons share many similarities, so it’s possible that the formulations could impact both leading causes of PD.

"There’s a lot of similarities between dopamine neurons and norepinephrine neurons neurochemically. They resemble each other. So there’s a good possibility that this would be neuroprotective or reverse the symptoms of norepinephrine loss as well," Sutherland says.

Ultimately, the main goal of the study is to put the brakes on PD progression, and to reverse some of the symptoms.

"The main point is to make sure we can reverse these symptoms. So can we actually restore normal movement functions? That’s goal number one," Sutherland says.

The study began last week, and is divided into three steps:

Currently, the study is in the early stages of the first steps.