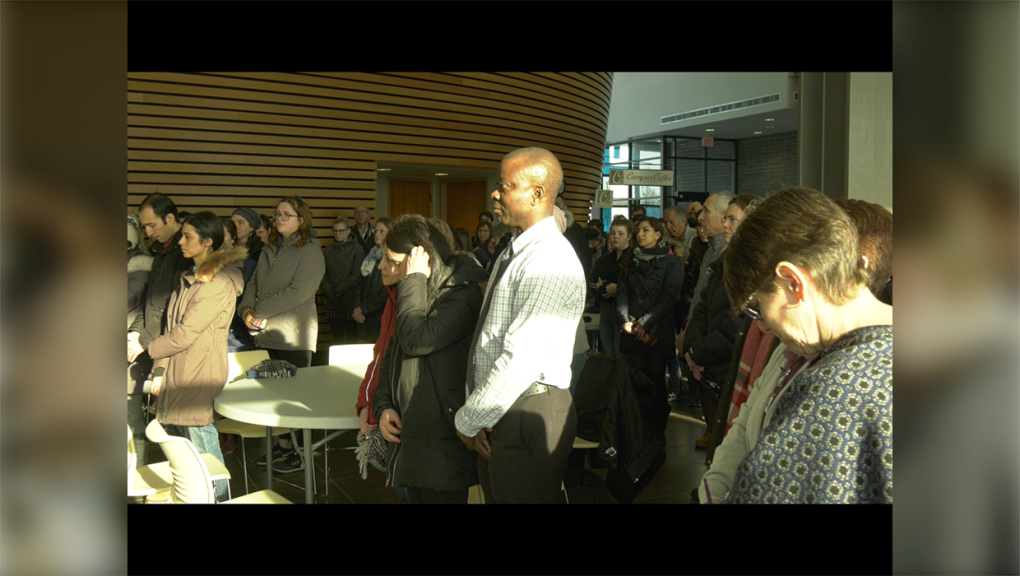 LETHBRIDGE -- Over 150 University of Lethbridge students, including 32 Iranian students, showed up for a moment of silence Wednesday at the school’s Markim Hall to pay their respect to the victims of Flight PS752 which was shot down over Iran last week.

It was a solemn moment for many in attendance, particularly those who knew some of the victims.

“(We are) taking perspective of what we have been through and who we lost.” said Elnaz Alikarami, who lost several friends in the crash.

Aikarami is originally from Tehran, Iran, the site of the crash.  “It’s been a tough week, having numerous friends aboard the flight. She was just starting her doctorate at the University of Alberta.”

The flight was shot down by Iranian missiles, killing 176 people on board, including 57 Canadians, several of whom were academics or students working on advanced degrees.

“A strong connection to many universities across the country, with students, faculty members and alumni having been on that flight. The last I heard there was almost 20 universities directly affected.” University of Lethbridge president Mike Mahon said .

U of L associate professor of neuroscience Dr. Majid Mohajerani said he knew a number of victims.  “A family friend that we have known each other for more than 28 years. Together they have two daughters and they all lost their lives.”

In addition to the numerous students, the school does have several staff members of Iranian heritage.

“You’re close to people and you don’t have to call your friends across the country. You can find people to ease your pain here” Alikarami said

“I could of been on that flight with my own family, and I just kind of see myself there.” Mohajerani added.

The investigation into Ukraine flight PS752 is still ongoing.