University senior football players feel like they're getting ripped off

CALGARY -- This was supposed to be the biggest year of Josiah Joseph’s university football career.  The 24-year-old had been backing up Adam Sinagra for four years.

He was finally going to get his shot as the University Of Calgary Dinosaurs' starting quarterback during the 2020 season.

But the COVID-19 pandemic put an end to that.  The 2020 season was cancelled, which was a huge disappointment for Joseph.

“For it to end like this is truly devastating because I was patient.  I was just doing everything I could in my role, putting the team first,” Joseph said.

“Knowing that in the back of my mind that I would have that opportunity to show what I can do (this coming season).”

Under USports rules you can only play football until the age of 24.  Joseph and about 300 other university football players are affected by this.

They were hoping USports would extend the age limit to 25 for this upcoming season so they could step onto the field to finish their careers the way they want. 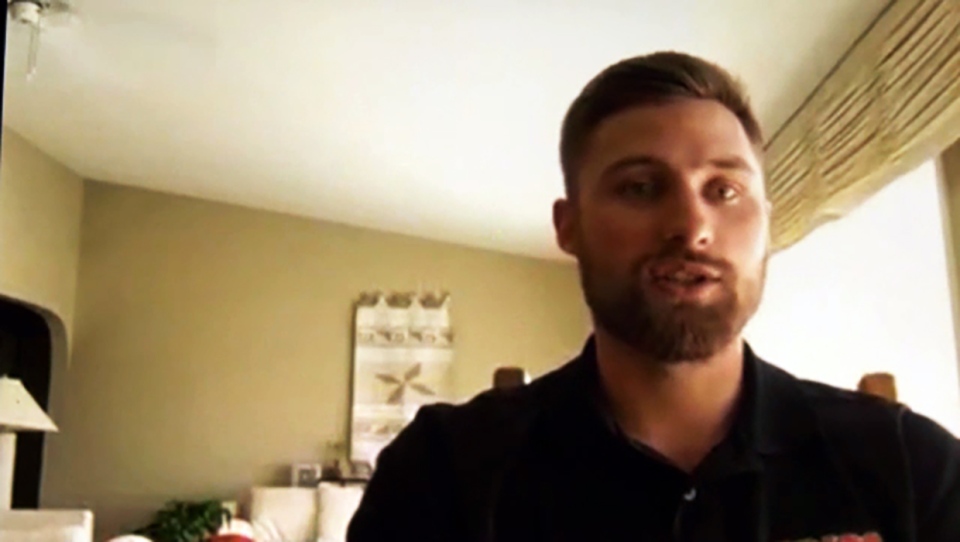 But Joseph says he found out last week USports isn’t going to make an exception and that’s really disappointing.

“I’m just hoping that I can appeal and then they can do what’s right and put athletes first like they state on their website.  Their top priority is student athletes first so I really hope they do that."

USports has taken a lot of heat over this decision.  So much so that they’re re-visiting it this week.  But Dick White who is the interim C.E.O. of University Sports isn’t making any promises.

“At this point I can’t guarantee anything,” White said, while also admitting that the players' passionate reaction has had an impact.

“What I can say is that with the amount of pushback we’ve had we would be crazy to say that we’re not going to continue to examine it and see if there’s another way forward," he added.

Joseph sure hopes there’s another way forward.  He still has dreams of playing in the CFL.  But he says it would be pretty tough to get a shot if teams don’t have enough game film on him.

“I don’t have a full year starting under my belt.  And at the quarterback position it’s really about big moments. If I only have a little bit of film they really can’t evaluate me completely,” he said.

“I was just really excited to show that I can do it day in and day out.  That’s why it will be really devastating if they don’t change this rule.”