"It's a death sentence for them," said Belinda Morrison, found of CB Rescue Foundation.

As of Sep. 28, the Canadian Food Inspection Agency (CFIA) is banning the import of dogs from a list of more than 100 countries from around the world.

Commercial dogs from countries at high risk for dog rabies will not be allowed to enter the country and permits will no longer be issued.

The CFIA defines 'commercial' as dogs intended for resale, adoption, breeding, show or exhibition, and research.

"The CFIA consulted with public health authorities regarding the human health risk and it was determined to be significant enough to warrant the implementation of a measure that prevents the introduction into Canada of the rabies caused by canine variant viruses," said the CFIA in an e-mailed statement sent to CTV News on Tuesday.

Morrison's rescue arranges transport for dogs from numerous countries, including the Dominican Republic which is on the list of banned nation.

She said stricter protocols to import dogs for rescue groups would be welcomed, but was critical of the announcement from the CFIA. 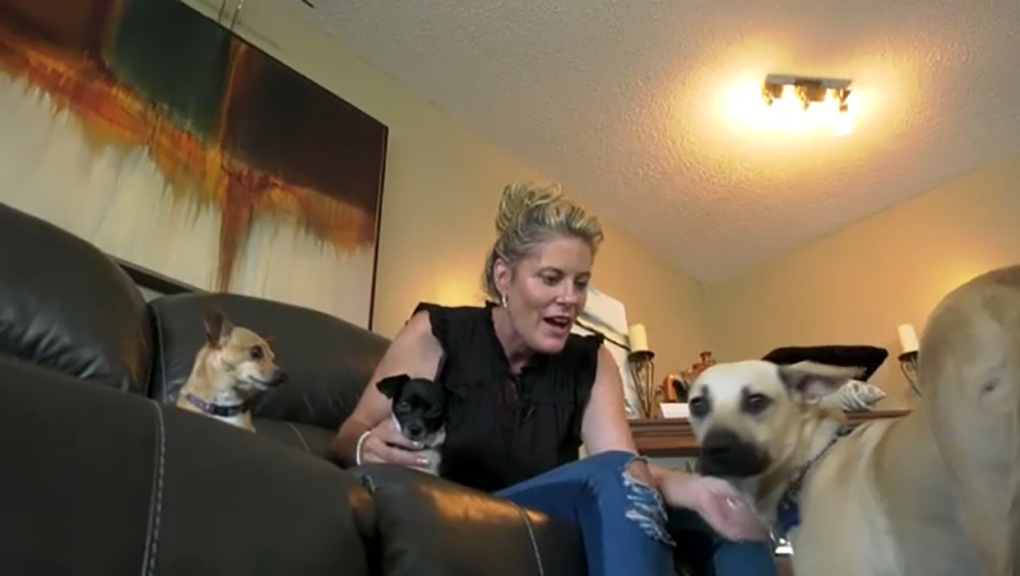 Commercial dogs from countries at high risk for dog rabies will not be allowed to enter the country and permits will no longer be issued.

"The issue is they don't want the rabies in Canada. Neither do I. I don't know a rescue that does. We want to bring healthy dogs into Canada," she said.

Morrison said Canada already requires a mandatory rabies vaccination for rescue animals into Canada, adding that a mandatory quarantine period of at least 30 days would be a better control measure than an outright ban.

One rescue animal owner said it breaks her heart to think that another dog just like the one imported by CB Rescue Foundation from the Dominican Republic might not have a chance for a new life in Canada.

"I am a true believer in changing these dogs' lives one at a time and we can't do that (when) this ban comes into place. Why do these dogs have to suffer because of this? There has to be a way around it," said Alana Lemckert.

"Its devastating for rescuers, these animals will have nowhere to go," said Rory O'Neill, director of Rocky Mountain Animal Rescue, adding she and others are beyond upset about a "horrible government decision."

Her colleague, Teri Harder, told CTV News she was hopeful that there could be some flexibility to get the rules changed, or offer a workaround for rescue groups.

"It's a death warrant for (the dogs," said Harder before adding, "If we can't help them and bring some here, they will die."

The CFIA said dog rabies circulates among dogs more easily in the 100+ countries listed because of inadequate access to public health resources and preventative treatment.

"The importation of even one rabid dog could result in transmission to Canadian humans, pets, and wildlife. In recent years, commercial dog imports have increased by 400 per cent. Shipments of dogs arriving from countries with widespread dog rabies pose a high risk of introducing this disease in Canada," said the CFIA.

Future regulatory amendments are possible, as the CFIA said it will meet with stakeholders to consider "further and alternate risk control measures."

Morrison said she's been working with a lawyer in Toronto, and hopes for a seat at the table for those discussions.