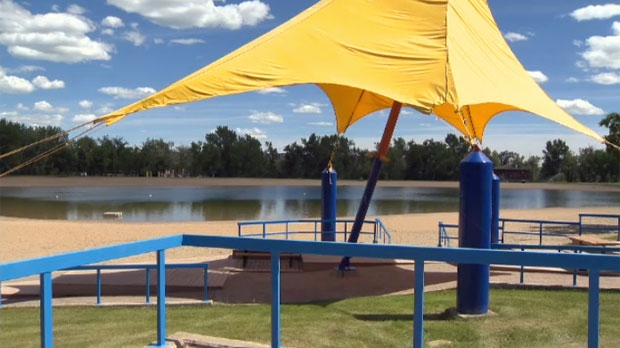 Sikome Lake in Fish Creek Provincial Park is scheduled to open to the public on June 25, 2016

For the first time in Fish Creek Provincial Park’s history, an admission fee will be charged at Sikome Lake.

According to the province, day and season passes will be available online through Alberta Parks and in-person at the lake’s gated entrances. Discounted rates will be offered to persons with disabilities and groups including day cares and day camps.

Don Carruthers Den Hoed, Alberta Parks manager for the East Kananaskis area, says Calgary has grown substantially since Sikome Lake first opened in 1978 and the demands on the aquatic facility have also expanded. "In order to keep up we need to reinvest and that's why the fees were introduced."

The fees will help fund the upgrading of the facilities at the popular swimming spot and allow the swimming season to be extended. Sikome Lake is scheduled to open to the public on June 25 and remain open through the Labour Day weekend (September 5).

“People will see (the improvements) even as early as opening day,” said Carruthers Den Hoed. “We’ve doubled the number of aquatic staff and gate staff to serve the public coming here.”

With the additional staff, Alberta Parks plans to open the full lake to the public in 2016. In recent years, the south side of the lake, including the south gate entrance,  has been closed to reduce operating costs.