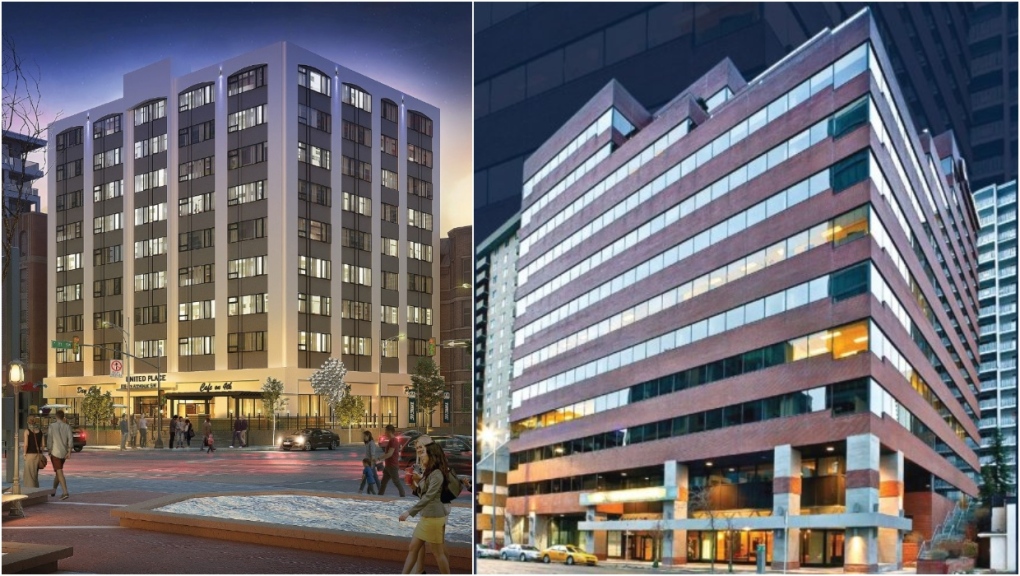 The City of Calgary unveiled the first three projects to be approved in April, and on Wednesday announced two more successful applicants.

City officials say creating homes in these buildings will help bring new life to the west end of the Downtown Core, an area that has the greatest amount of empty office space in Calgary’s downtown.

"The Downtown Calgary Incentive Program is a critical part of our revitalization strategy,” said Mayor Jyoti Gondek in a release. "These two additional office to residential projects will create much needed homes and amenities, which are key components to attract more people into our inner city communities."

Ward 7 Coun. Terry Wong says the projects will bring new life back to both buildings, which were largely empty or underutilized.

"Added vibrancy in west end of our downtown, an area that has considerable vacancy and that is traditionally dominated by office buildings, goes a long way in making Calgary safer for everyone at all hours of the day and enables our local businesses to thrive within complete communities," Wong said.

Below are details on each project as outlined by the City of Calgary:

The United Place project, located at 808 Fourth Avenue S.W., will see approximately 88,000 square feet of office space converted into 81 homes, including a mix of studio, one, two and three-bedroom units.

The project also includes a café with an outdoor plaza seating area, a community flex space, a rooftop patio, fitness room, an in-house daycare, and a parkade with charging stations for electric vehicles.

The project also includes a main floor café and patio, bicycle parking and repair facilities, a second-floor restaurant and gathering area, and outdoor gathering spaces on the 10th to 12th  floors. 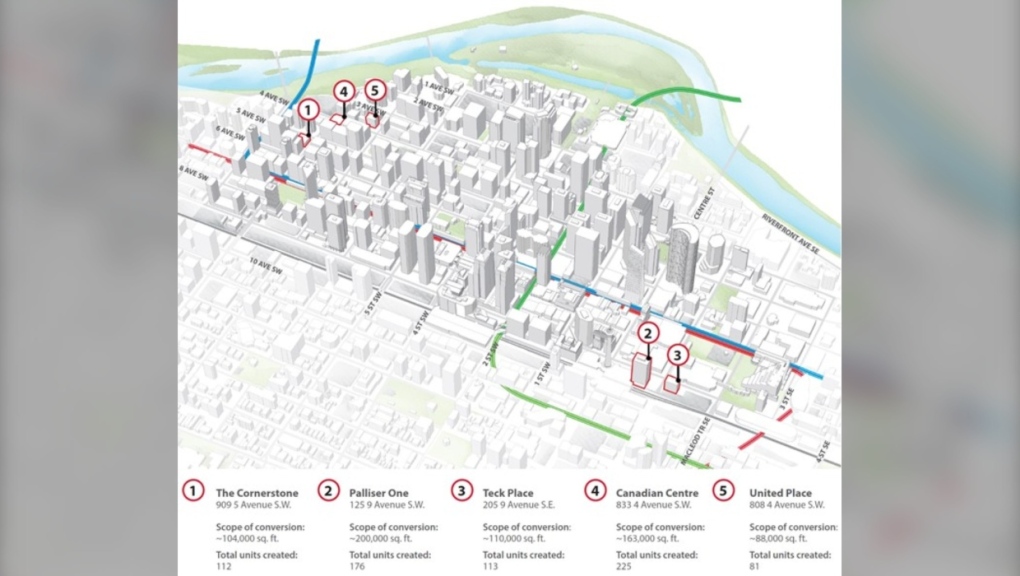 For more details you can visit the City of Calgary's website.