Six years ago, Calgary artist Rich Theroux created a group of three paintings – a self-portrait, a painting of his wife and another of his son.

“Then my publisher conspired with my wife to collect my poems and publish my poetry book, and put it on the cover of the book. Then I kind of regretted selling it.”

But by that point, it was gone.

The woman who had purchased it for $500 subsequently donated it to a charity auction.

Once it was sold there, Theroux thought there was no hope of finding it again.

Then, in early October, as he was finishing up a mural under the LRT bridge on 10th Street, he got a call from a friend.

“Francis Willey, a photographer friend, sent me a picture of my painting … and wrote, ‘You're worth more than this,’” said Theroux. 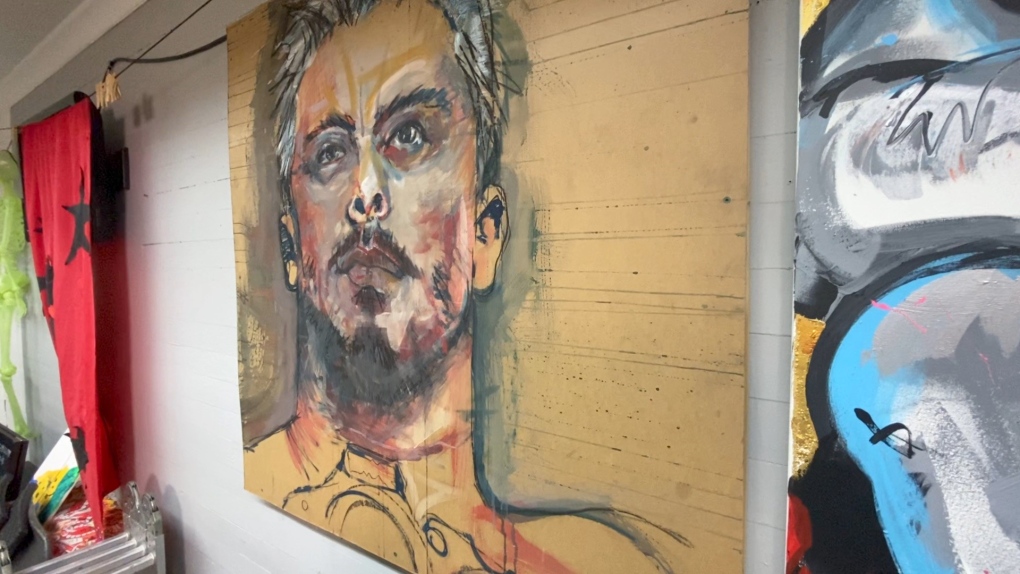 The image showed the painting in the Chinook Value Village store, listed for $249.99.

“I was thrilled, and I actually I kind of wished I was in his spot. I was like, ‘Oh, that would have been such a fun find.’ And then I asked him if he'd pick it up for me, because I didn't want it to be sold in the next half an hour while we went to go retrieve the van.”

At $249.99, the four-foot-by-four-foot painting was easily the most expensive item in the artwork area of the thrift store.

Value Village production manager Sara Parkin says when the painting arrived at the store, staff could tell it was out of the ordinary.

“This was something really special that we're not used to seeing on that scale. Everyone was commenting on how beautiful it was and how modern (it was),” said Parkin.

“Even though we didn't recognize this artist, we knew we had something special on our hands because of the reaction of our team. We were so in awe of the art.”

How does Theroux feel about his painting showing up in a thrift store?

“A lot of people go through breakups, and they get rid of all their art, or just moving or downsizing. I was pleased that it hit the Value Village instead of a dumpster or even just getting painted over,” said Theroux.

“You kind of hear mythologies about things like this happening, and I just feel like it's kind of a rite of passage to see your stuff recycled. I think that's pretty neat.” 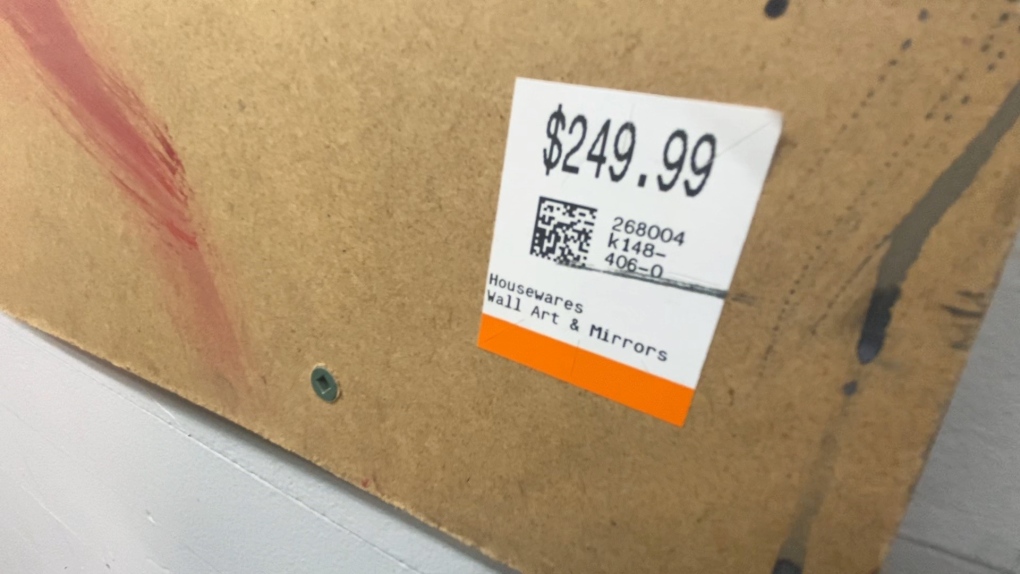 Sold long ago, the painting recently popped up at the Chinook Value Village store.

Willey grabbed the painting for Theroux, who paid him $300 dollars for it. The self-portrait now hangs inside Rumble House, a non-profit art studio operated by Theroux and his wife, Jessica Szabo.

The pair of public-school art teachers swing open the doors of Rumble House (1136 8th Ave. S.W.) every Wednesday, allowing creators free access the studio to make art, and then sell it at an auction later that evening.

Artists keep 50 per cent of their sales and the rest goes to support Rumble House.

Theroux and Szabo turn 100 per cent of their sales back to keep the art studio in operation.

As a result, Theroux says, there’s a good chance the self-portrait will once again be on the auction block.

“So yeah, we'll probably sell (the painting) again. I’ve got to meet the rent at the Rumble House.”

Rumble house will celebrate its 500th evening of open studio and sales on Dec. 21.

“We were only planning to have six. So wow! We 'll have 500 and still going,” said Theroux.

The federal Liberals are withdrawing an amendment to their guns bill that introduced a controversial new definition of an assault-style weapon.

Lives were 'shattered' when Kabul fell into Taliban hands, and thousands remain in limbo, unable to return to Afghanistan. CTV News' Genevieve Beauchemin recalls her visit to makeshift refugee camps set up in Pakistani parks, and the stories she heard during that time.

opinion | How much rent can you afford?

Many Canadians have continued to see an increase in their rental rates in 2023. In an column on CTVNews.ca, personal finance contributor Christopher Liew explains how to calculate how much rent you can afford.