CALGARY -- Premier Jason Kenney had a somber look on his face Tuesday as he described a tearful plea by a "new Albertan, a refugee of Venezuelan socialism."

He says she came up to him after recognizing the premier.

"She broke down in tears in front of me," Kenney said on the day he laid out new restrictions meant to curb the spread of COVID-19.

“’My entire life savings as a refugee into this business – I’ve just opened, we’re struggling to pay the bills. If you shut me down, I’m going to lose it all.’”

Carolina and Phanor De La Torres remember the meeting and do agree that a shutdown would eliminate their income, but some other pieces of the account appear to involve a bit of artistic licence.

When CTV News asked if the story of their meeting was accurate, Carolina laughed and said, “It’s … okay. I … what can I say?”

The couple say Kenney did stop by their business — Arepas Ranch — about three weeks ago and chatted for a few minutes about Venezuelan food.

The family emigrated from Venezuela because of the deteriorating political climate — but that was more than 30 years ago. They originally moved to Montreal in 1989, where they filed a political refugee claim based on her husband’s Colombian background.

While in Quebec, they operated a landscaping business and a travel agency before settling in Alberta seven years ago. 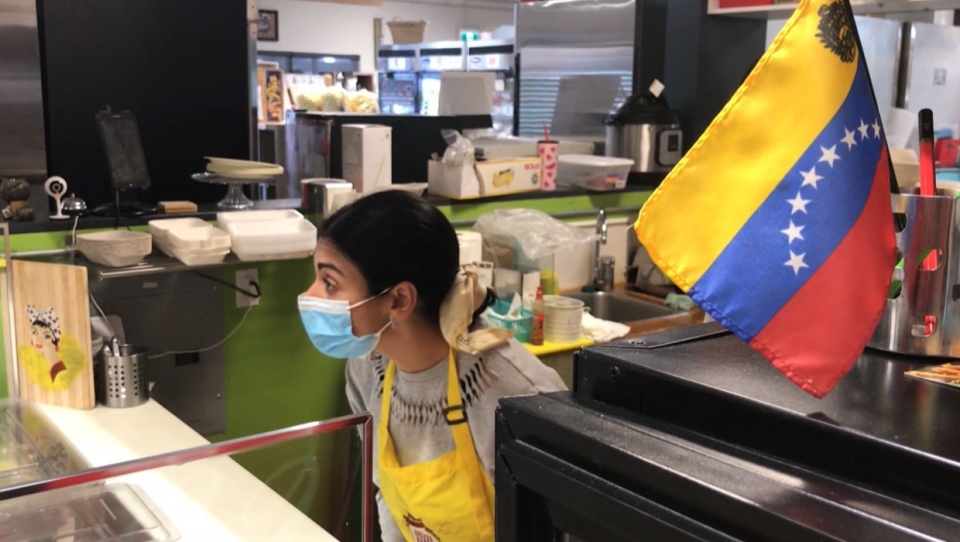 Carolina says she understands the need for public health measures, but says they aren't exactly faced with the "abject poverty" Kenney mentioned during his address.

Nevertheless, they know that staying open is very important.

"We are not young people, but we need to work. We need to stay working."