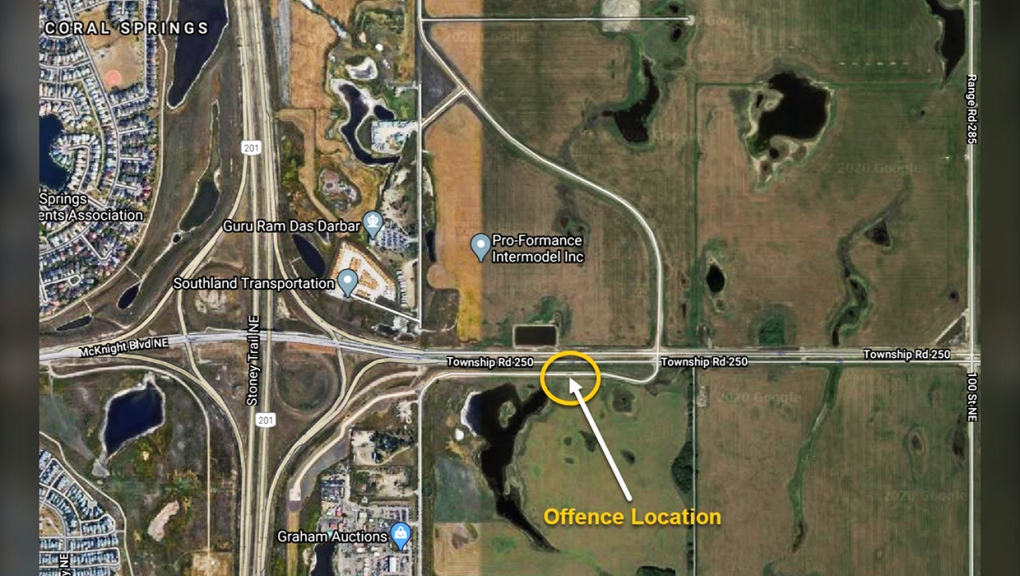 A map shows the suspected location of the fatal northeast shooting of 21-year-old Safar Ali Safari on Oct. 16 (CPS)

CALGARY -- Calgary Police have identified the man who died as a result of a targeted shooting in northeast Calgary Friday evening.

At about 9 p.m. Friday, police received reports of a man being dropped off at Peter Lougheed Centre with gunshot wounds. 21-year-old Safar Ali Safari was later pronounced deceased at the hospital.

Investigators think Safari was with a group of people around 84th Street and McKnight Boulevard N.E. on Friday when, "A firearm was discharged, fatally wounding Mr. Safari," said Calgary Police Staff Sgt. Colin Chisholm at a Monday afternoon press briefing.

Chisholm said that while the incident appeared to be targeted, the shooter may have hit the wrong person.

"I would say some of the people in the groups know each other," he said, before adding, "Not necessarily Mr. Safari himself."

"Based on the information we have in the investigation, we believe it was a targeted shooting," he added. "We (also) believe Mr. Safari probably was not the intended target."

Investigators would like to hear from anyone, including semi-truck drivers, who may have witnessed suspicious activity around 84th Street and McKnight Boulevard N.E. on Friday between 8 and 9 p.m.and or anyone who has dash-cam footage of interest.

Chisholm said the homicide was the 28th of the year in Calgary.

"We've had a number of homicides recently," he said. "Obviously it does tax the investigators we have in the unit. However, we are afforded help from other areas across the service to help us deal with the increased numbers of homicide investigations."

There were 20 confirmed homicides in Calgary in 2019. There have been nine homicides since mid-July.