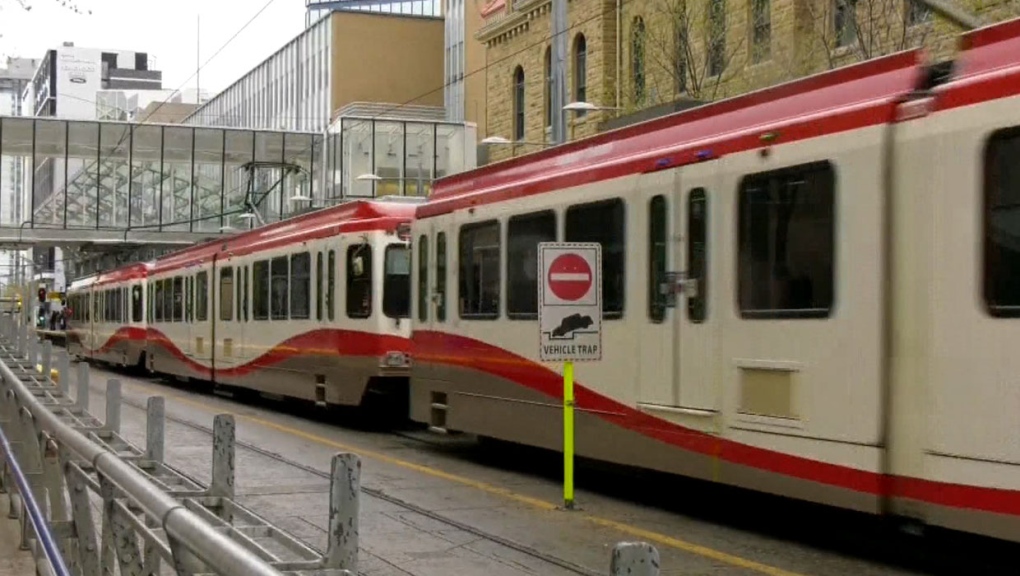 Police say a 25-year-old suspect, who has not been named, is charged in connection with an incident on the CTrain on Wednesday.

A 25-year-old Calgary man is facing several charges in connection with a random stabbing that took place on a CTrain on Wednesday.

Calgary police say they were called to respond to an incident that occurred on the CTrain at approximately 6:15 a.m. on May 18.

Officials say a 65-year-old visually-impaired man was riding the train northeast bound from City Hall station when he was approached by an unknown suspect.

"He was slashed in the neck and then further assaulted in what is believed to be an unprovoked, random attack," police said in a release.

"The victim made his way to the front of the train and notified the driver, who stopped the train in the area of Riverfront Avenue to call for help. While the train was stopped on the tracks, the suspect forced the train doors open and fled on foot."

The driver then took the train to Bridgeland station, where emergency crews got on to help the victim.

He was taken to hospital in serious, but stable, condition.

When police arrived, officials say three people were initially arrested, but were later released without charge.

As the officers searched the train, an additional canine unit was deployed to track down the suspect.

The 25-year-old man was found a short distance away and arrested without further incident.

He faces charges of aggravated assault and possession of a weapon dangerous to the public.

OTHER INCIDENTS WITH SUSPECT

Calgary police say they are withholding the name of the suspect because of the circumstances that likely led to the offences.

"Mental health, addictions and homelessness are believed to be factors in relation to the accused’s ongoing, repetitive violent behaviour targeting innocent bystanders."

While under arrest for the stabbing, police say the suspect "expressed pain" about an injury and was taken to hospital for treatment.

During the visit, officials say he attacked the doctor.

Officials say the 25-year-old man was also arrested six days earlier in connection with an incident at the Somerset/Bridlewood LRT station.

Following a physical and mental health assessment, he was released into hospital care on the condition that he not return to that particular LRT station.

Acting Supt. Scott Todd of the Calgary Police Service says their thoughts are with the victim and his family and all residents of Calgary have the right to feel safe while using public transit.

"Random attacks by their very nature are impossible to predict and difficult to prevent, however, we will find those responsible and hold them accountable to the best of our ability," he said in a release.

Todd says the CPS continues to work with the City of Calgary when it comes to safety concerns on the CTrain and other forms of public transit.

"This is not a problem that is unique to Calgary, and we are working with our policing partners in other jurisdictions on solutions that balance public safety with supporting vulnerable members of our communities."