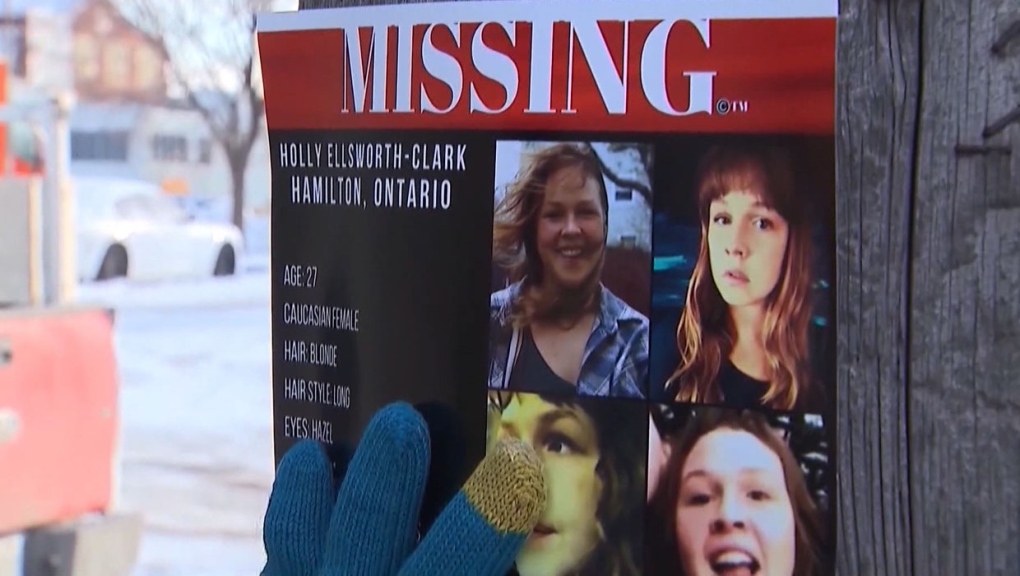 Holly Ellsworth-Clark went missing in January. Her body was found in the Hamilton Harbour on Sept. 8.

CALGARY -- Family and friends of a former Calgary woman who was found dead in Hamilton, Ont. last week will hold a vigil in her honour later this month.

Holly Ellsworth-Clark, 27, who was living in the southern Ontario city to pursue a career in music, went missing in January. During the last contact she had with her family over the phone, she indicated was being followed by two men.

Her family soon joined authorities in Ontario to aid in the search, during which Ellsworth-Clark was caught on video several times throughout the city.

Last Tuesday, a worker contacted the Hamilton Police Service about a body that was found floating in the Hamilton Harbour.

The remains were positively identified as Ellsworth-Clark and authorities do not believe her death was suspicious in nature.

The candlelight vigil will be held in Hamilton on Sept. 26 and those who can't attend will be allowed to participate via livestream.